Trade Promotion Authority (formerly called fast track trade negotiating authority pursuant to the Trade Act of 1974), the process by which Congress gives authority to the President and/or U.S. Trade Representative to enter into trade negotiations in order to lower U.S. export barriers expires on July 1.

Traditionally, trade promotion authority follows the conclusion of negotiations for a trade agreement; enabling legislation is submitted to Congress for approval. Every president since Franklin Delano Roosevelt has been granted the authority to negotiate market-opening trade agreements in consultation with Congress.

The TPA allows the White House to submit trade deals to Congress for a straight up-or-down vote without any amendments.  The TPA legislation establishes strong rules for trade negotiations and congressional approval of trade pacts, and delivers trade agreements that boost U.S. exports and create American jobs.

Trade is an important engine for U.S. economic growth and jobs. With more than 30% of U.S. gross domestic product (GDP) tied to international trade and investment, 95% of the world’s population abroad, and more than one in five U.S. jobs supported by trade, U.S. engagement in the international marketplace is more important to the nation’s economy than ever. Passage of Trade Promotion Authority can help Congress and the President work together to forge new and beneficial trade agreements for the United States.

Trade promotion authority (formerly called fast track trade negotiating authority) is the process by which Congress gives authority to the President and/or U.S. Trade Representative to enter into trade negotiations in order to lower U.S. export barriers. Traditionally, following the conclusion of negotiations for a trade agreement, enabling legislation is submitted to Congress for approval. Once legislation is submitted, under trade promotion authority, both houses of Congress will vote “yes” or “no” on the agreement with no amendments, and do so within 90 session days (not to be confused with a treaty, which is “ratified” by the U.S. Senate). During negotiations, however, there is a process for sufficient consultation with Congress.

The California Chamber of Commerce, in keeping with long standing policy, enthusiastically supports free trade worldwide, expansion of international trade and investment, fair and equitable market access for California products abroad and elimination of disincentives that impede the international competitiveness of California business.

The CalChamber therefore supports the extension of trade promotion authority so that the President of the United States may negotiate new multilateral, sectoral and regional trade agreements ensuring that the United States may continue to gain access to world markets, resulting in an improved economy and additional employment of Americans. Such authority involves trade-related issues only and encourages industry consultation during future trade negotiations.

America’s standing as a world leader depends directly upon its competitive success in the global economy. Increased market access achieved through trade agreements has historically played a major role in our nation’s success as the world’s leading exporter.

President George W. Bush signed the landmark Trade Act, H.R. 3009 on August 6, 2002, which included the renaming to TPA. This has helped put U.S. businesses, workers and consumers back in the game of international trade by granting the president trade promotion authority. At the request of President Donald J. Trump, 2015 trade promotion authority was renewed in July 2018 for three years.

The U.S. Senate agreed with the California Chamber of Commerce, voting 60-38 to pass Trade Promotion Authority yesterday. The measure renews the authority for the President and/or U.S. Trade Representative to negotiate trade agreements

Impact
Since the Trade Act of 2002, granting the President trade promotion authority, the United States has completed the following free trade agreements (FTA):

Financially, these free trade agreements translate into the removal of billions of dollars in tariffs and non-tariff barriers for U.S. exports.

Several hundred FTAs are in force worldwide, with the United States party to just a handful.

Both Canada and Mexico have free trade agreements with Chile.

Mexico has over 45 free trade agreements with countries and blocs including Japan, Israel and the European Union.

Chile has more than 50 FTAs with countries worldwide..

Major U.S. trading partners are participating in numerous agreements, and trade promotion authority is a prerequisite to meaningful U.S. participation.

Without trade promotion authority, the United States will be compelled to sit on the sidelines while other countries negotiate numerous preferential trade agreements that put U.S. companies at a competitive disadvantage. Trade promotion authority not only opens markets and broadens opportunities for U.S. goods and firms; it will make the United States the leader in global trade.

The United States is among the world’s leading exporters due to increased market access achieved through trade agreements. Trade promotion authority is vital for the President of the United States to negotiate new multilateral, bilateral and sectoral agreements that will continue to tear down barriers to trade and investment, expand markets for U.S. farmers and businesses, and create higher-skilled, higher-paying jobs for U.S. workers.

Per Politico, the last time the legislation expired, in 2007, it was eight years before Congress renewed it. Any effort to craft a new bill before the 2022 elections, as unlikely as that currently seems, would have to be led by Senate Finance Chair Ron Wyden(D-Ore.) and House Ways and Means Chair Richard Neal (D-Mass.). Wyden voted for the 2015 TPA bill, while Neal opposed it.

“Senator Wyden is looking forward to working with the new administration and our colleagues on developing an effective TPA package that reflects 21st century trade,” a Wyden spokesperson said.

The United States’ major trading partners are participating in sectoral and regional agreements, and trade promotion authority is a prerequisite to meaningful U.S. participation.

Without TPA, the U.S. will be compelled to sit on the sidelines while other countries negotiate numerous preferential trade agreements that put American companies at a competitive disadvantage. TPA not only opens markets and broadens opportunities for American goods and firms, it will make America the leader in global trade.

Statement by the President on the Bipartisan Congressional Trade Priorities and Accountability Act of 2015
White House, April 16, 2015 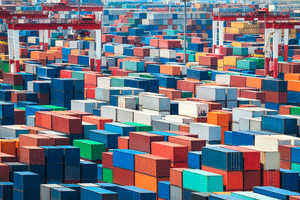 CalChamber Urges Members to Write in Support of Modernizing NAFTA 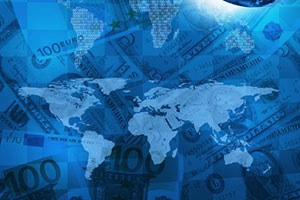 CalChamber Urges Quick Passage of Bipartisan U.S. Bill Promoting Trade
Federal legislation renewing the authority for the President and/or U.S. Trade Representative to negotiate trade agreements has been introduced. The California Chamber of Commerce is urging the California congressional delegation to quickly pass the bill because it will help boost U.S. exports and create American jobs.