The CalChamber business delegation flew from Tokyo to Seoul on Korean Airlines.After arriving at the Grand Hyatt, the delegation loaded onto the bus once more to attend the U.S. Ambassador’s reception. Because the weather was so nice in Korea, the reception, hosted by U.S. Ambassador Kathleen Stephens, was held outside at the residence.Here we were greeted by several friendly faces, such as members of the U.S. military stationed in Korea and Ambassadors fromallied countries. 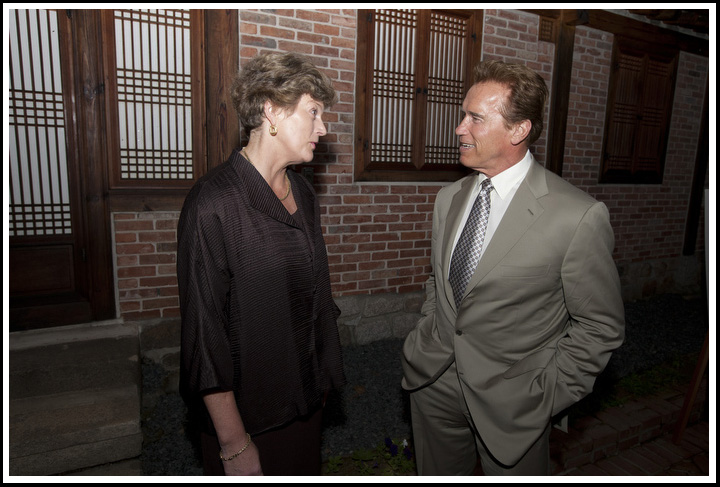 On the final day of the trade mission, the CalChamber business delegation headed to the GrandHilton for a breakfast hosted by the American Chamber of Commerce in Korea with an introduction by Amy Jackson, President and CEO;David Ruch, Chair; the Korean Trade Minister; and then GovernorSchwarzenegger spoke at this event.The topic was the U.S.-Korea FreeTrade Agreement. Both partiesstressed the importance of trade between the two economies and the many benefits to be gained by U.S. Congressional passage of this free trade agreement. See Also: www.calchamber.com/Korea 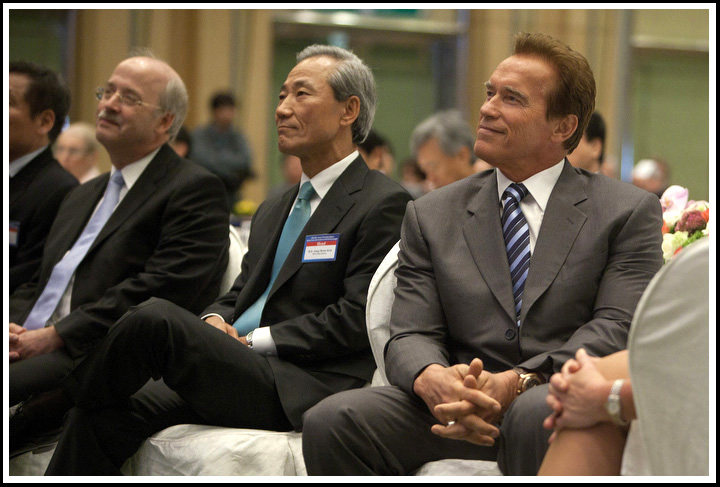 Governor Schwarzenegger and the Korean Trade Minister listen to a speaker at the AmCham Korea Breakfast
Photo by Peter Grigsby, Office of Governor Arnold Schwarzenegger

After the breakfast, the delegationwas invited to attend a Special Olympics announcement with Governor Schwarzenegger.Pyeongchang, Korea will be the host site for the 2013 Special Olympics winter games. The delegationreceived information on this upcoming event and enjoyed entertainment by a young taiko (drum) group. 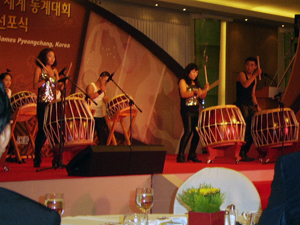 Performers at the Special Olympics announcement

The CalChamber delegation made its way across town to join the Los Angeles Area Chamber of Commerce in a MOU Signing ceremony.The event, co-hosted by the California Travel and Tourism Commission and the California Food and Agriculture Export Promotionwas entitled “Tastesand Sounds of California.” It featured exhibits of many of California’s fine products from agriculture, tourism and, of course, wine. 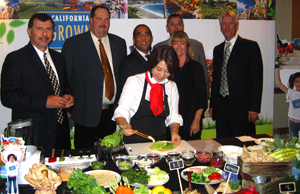 California agriculture delegation at one of the tasting stations 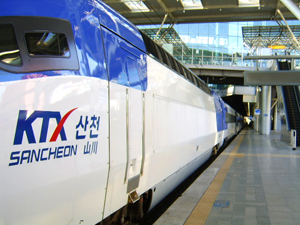 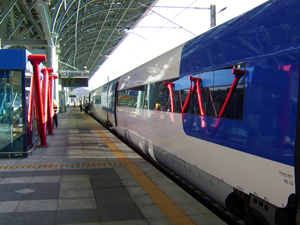 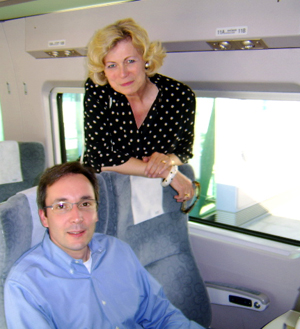 Governor Schwarzenegger then left the group to meet with President Lee of Korea.After his meeting, the Governor spoke to theU.S. troops stationed in Korea on his way back toCalifornia.

The CalChamberhosted a farewell dinner for all of the business delegates and the government delegationon the hotel balcony overlooking Seoul.It was a wonderful dinner with great food, great California wine, and great conversation.