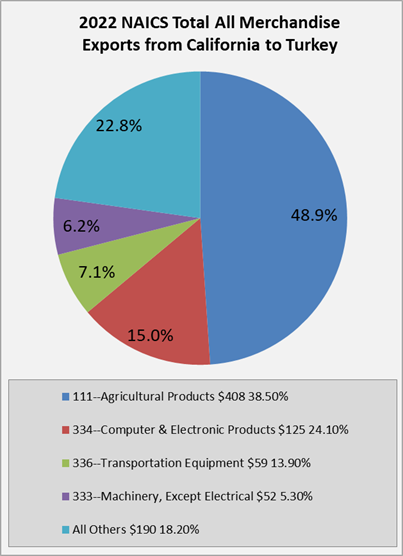 Turkey is the fifteenth most attractive destination for Foreign Direct Investment (FDI) in the world, according to the United Nations Conference on Trade and Development World Investment Prospects Survey, and is predicted to be the fastest growing economy among OECD members during 2011-2017 with an annual average real GDP growth rate of 6.7 percent. Turkey is a burgeoning economic power not only in its region, but across the globe.​

US FDI in Turkey in 2017 totaled $4.2 billion, while Turkish FDI in the US was $1.9 billion. Turkish FDI supported about 3,500 jobs and contributed $27 million to expanding US exports. Turkey is the 9th fastest-growing source of FDI in the US in 2016. The top industry sectors for Turkish FDI are: metals, consumer products, textiles, chemicals, software and IT services, and business services. Select USA

Joint Statement by the United States and Turkey from the Framework for Strategic Economic and Commercial Cooperation
USTR Press Release, June 26, 2012