Lithuania is one of the Baltic states, situated along the southeastern shore of the Baltic Sea. Lithuania has a population of about 2.78 million people, and its capital and largest city is Vilnius. Lithuania is a member of the European Union, the Council of Europe, NATO and the OECD. The UN’s Human Development Index lists Lithuania as a “very high human development country”. 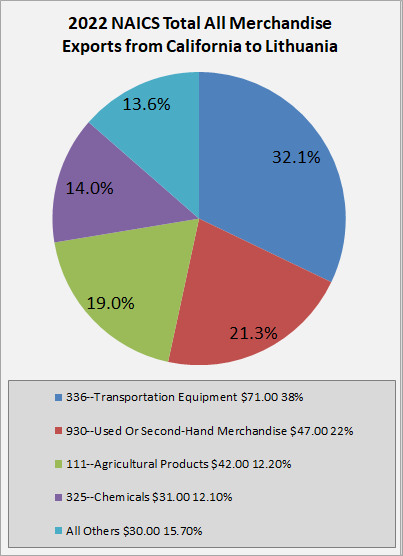 California imported $227 million worth of goods from Lithuania in 2020, the highest in recent years due to an increase in chemical exports. 63.5% of the total was made up of chemicals, followed by 10.7% of furniture and fixtures, and 7.7% of petroleum and coal products.