Armenia is a democratic nation-state – bordered by Turkey to the west, Georgia to the north, and Iran to the south – that has an ancient cultural heritage. The modern Republic of Armenia became independent in 1991 during the dissolution of the Soviet Union. Today, Armenia is a member of the Eurasian Economic Union, Council of Europe, and the Collective Security Treaty Organization. 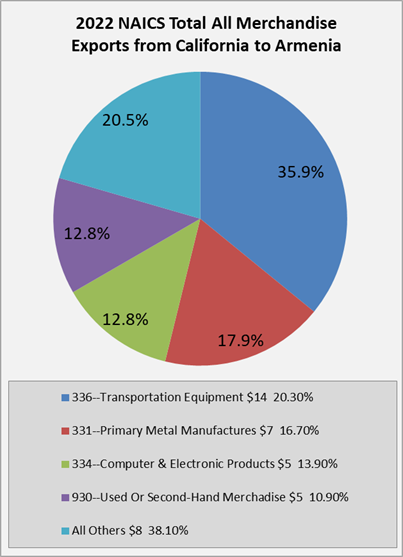 Armenia ranks 32nd on the 2021 Economic Freedom Index ahead of countries like France, Portugal and Italy. The Velvet Revolution which took place in 2018 brought full democracy to Armenia and a new interest in trade and investment. The Armenian government has been working closely with the Overseas Private Investment Corporation (OPIC) with interest in the high tech and electronics sectors, as well as agriculture, food processing, and textiles.

U.S. exports to Armenia totaled $45 million in 2021. $12 million of the total was made up of transportation equipment, this was followed by computer and electronic products at $7 million, other special classification provisions at $5 million, and processed foods at $4 million. Imports from Armenia to the U.S. in 2021 totaled $88 million. Of this, $37 million was made up of miscellaneous manufactured commodities, followed by primary metals, beverage and tobacco, and apparel and accessories. (Trade Stats Express)

California exports to Armenia in 2021 totaled $9 million. Exports were made up of $2 million of transportation equipment, followed by $1 million each of computers and electronic products, miscellaneous manufactured commodities, and chemicals. California was the top exporting state to Armenia in 2021. (Trade Stats Express)

Imports from Armenia into California totaled $41 million in 2021. $24 million of imports were made up of miscellaneous manufactured commodities, followed by $9 million of beverage and tobacco products, and $6 million of processed foods. California was also the largest importing state of Armenian exports. (Trade Stats Express) 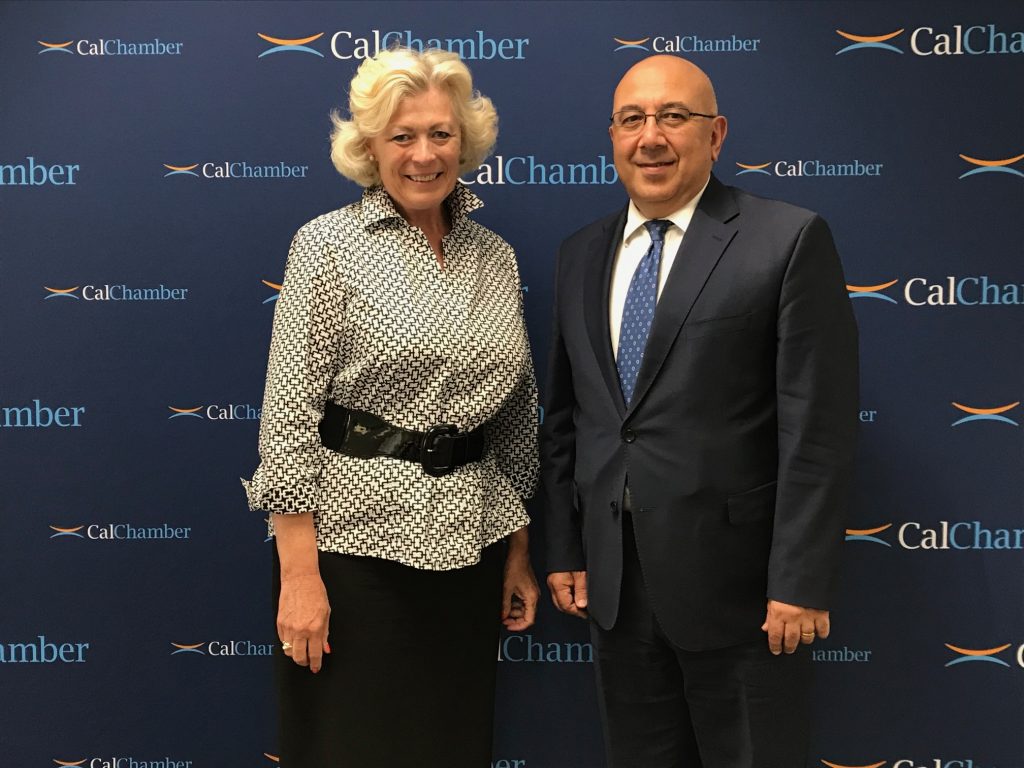