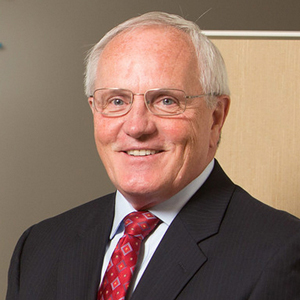 Larry Dicke joined the CalChamber as vice president of finance on June 1, 2002. He was named executive vice president and chief financial officer in March 2007. In January 2012 he was chosen to lead CalChamber’s membership and employment compliance business. In addition to membership, products sold by this business include employment compliance tools, required state, federal and local employment posters and pamphlets, sexual harassment prevention training, reference guides, compliance seminars and webinars, and an online employee handbook creator.

Before coming to the CalChamber, he worked for Blue Diamond Growers in Sacramento as vice president of finance and chief financial officer. During his employment with Blue Diamond, he added responsibilities for human resources and information systems and was appointed corporate secretary.

Before joining Blue Diamond and moving to California, Dicke worked for the Brach Candy Company in Chicago, serving as vice president of finance and administration. He previously worked for Jacobs Suchard, a coffee and candy company with corporate offices in Switzerland, holding senior-level positions in marketing, purchasing and operations, and running a business unit.

Dicke is a founding member and past president of the Greater Sacramento Area Chapter of Financial Executives International. He was an adjunct professor for the Graduate School of Management at the University of California, Davis; served as chief financial officer for the California State Protocol Foundation; and was a member of the California Governor and First Lady’s Conference Board of Directors. He is a former president of the Sacramento Area Commerce and Trade Organization (SACTO) and once served on the board of the Sacramento Metropolitan Chamber of Commerce.

Dicke was born and raised in Chicago, graduating from Millikin University in Decatur, Illinois with a B.S. in accounting. He passed the CPA exam in Illinois and earned his MBA from the University of Chicago. He is a member of the National Association of Corporate Directors, the American Institute of Certified Public Accountants and the Institute of Management Accountants. He was named Sacramento area CFO of the Year for Nonprofits in 2014.
.

The Finance Department is responsible for interpreting and reporting all financial information timely and accurately, controlling and protecting assets, and maintaining a sound and reliable computer system and hardware infrastructure for CalChamber.