She leverages more than two decades of legal, governmental and legislative experience in advising the CalChamber and its members on the impact that labor laws, court decisions and regulations will have on employers.

Frank was named executive vice president at the start of 2017 and later that year organized the first HR Symposium, now an annual event that brings together top experts and key insiders for a California-focused discussion of human resources, workplace and compliance issues.

As the most frequent host of The Workplace podcast since its launch in March 2019, Frank has guided guests and listeners through the nuances of labor law compliance, legislation and regulations; workplace safety; court decisions; Proposition 65 and acrylamide in food; and the constantly changing issues related to the COVID-19 pandemic.

She oversees and contributes to CalChamber’s labor law and human resources compliance products, including the HRCalifornia website; co-produces and presents webinars and seminars; and heads the Labor Law Helpline.

Fielding thousands of questions a year from callers seeking compliance guidance gives Frank and her team insight into the real-life impact of changes in the law and the ability to share that knowledge to help other employers. She uses her employment law expertise to develop and facilitate training courses for HR professionals, and is a sought-after speaker at industry events.

Frank joined the CalChamber in April 2004 as a policy advocate and began serving as general counsel shortly thereafter. Before assuming full-time general counsel responsibilities in late 2005, she lobbied the legislative and executive branches on taxation, civil litigation and lawsuit abuse issues.

Frank holds a B.A. in political science from the University of California, Santa Barbara, and received her J.D. from McGeorge School of Law, University of the Pacific.

No Room for Error on Meal, Rest Breaks

COVID-19 Vaccine and the Workplace 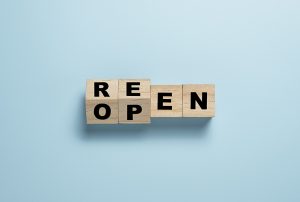 Upcoming Webinar on Transitioning Employees Back into the Workplace

Improving Diversity in the Workplace

Most Popular Questions From HR Seminar