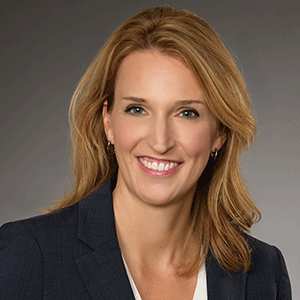 Jennifer Barrera took over as president and chief executive officer of the California Chamber of Commerce on October 1, 2021.

She has been part of the CalChamber team since 2010 and stepped into the top position after serving as CalChamber executive vice president, overseeing the development and implementation of policy and strategy for the organization, as well as representing the CalChamber on legal reform issues.

Barrera is well-known for her success rate with the CalChamber’s annual list of job killer legislation, efforts to reform the Private Attorneys General Act (PAGA) and leadership working with employers on critical issues, including most recently those arising from the COVID-19 pandemic.

In addition, she advises the business compliance activities of the CalChamber on interpreting changes in employment law.

From May 2003 until joining the CalChamber staff, she worked at a statewide law firm that specializes in labor/employment defense, now Carothers, DiSane & Freudenberger, LLP. She represented employers in both state and federal court on a variety of issues, including wage and hour disputes, discrimination, harassment, retaliation, breach of contract, and wrongful termination.