Through federal and state cooperation, unemployment insurance (UI) benefits act as a stabilizer during economic downturns by providing a source of temporary, partial wage replacement for workers who have become unemployed through no fault of their own and are looking for employment. To induce states to enact UI laws, the Social Security Act of 1935 provided a tax offset incentive to employers, if a state UI program complies with federal requirements, including fully funding benefits for state claimants.

Aside from federal standards, each state has primary responsibility for the content and development of its UI law, and administration of the program. California administers its UI program through the Employment Development Department (EDD) within the guidelines established under federal law.

One federal requirement is that all contributions (UI tax paid by employers) collected under state laws be deposited in the Unemployment Trust Fund (UI Fund) of the U.S. Treasury Department. States withdraw money from their account in the trust fund exclusively to pay UI benefits. If a state trust fund does not have adequate funds to pay benefits, a loan is made from the federal fund so that all claims are paid.

Funded by Federal/State Taxes on Employers

California’s UI program is funded exclusively by employers, via state and federal taxes on wages. The only exceptions to this rule are temporary federal grants for administration and certain emergency and extended benefits that have been paid from federal general revenue. Employees do not pay any UI taxes.

Generally, the federal UI tax is fixed at 6% of wages up to $7,000 per year for all employers in the state (FUTA taxes), offset by a 5.4% credit in states that comply with federal UI laws (FUTA tax credit), resulting in a payable rate of 0.6%. Assuming the state is in compliance, this comes out to $42 per employee per year. FUTA taxes are due January 31 following the year in which the taxes are applied (for example, 2018 taxes are due January 31, 2019). Employers receive the 5.4% credit when the state program is in compliance with the federal UI program rules.

If California’s program falls out of compliance—such as when recession pulls the UI Fund into insolvency—the state and employers face increased costs. The recent Great Recession of 2008 provides a chilling example of the burdens that UI Fund insolvency can impose.

As California’s economy crashed in the Great Recession of 2008, multitudes of Californians found themselves out of work. Unemployment peaked at 12.4% in 2010—well above national averages—and California’s proportionately larger workforce relied heavily on unemployment insurance. California’s UI Fund quickly fell deep into insolvency, and correspondingly fell deeply in debt to the federal government, with California’s debt peaking at $10.3 billion in 2012.

This insolvency had significant costs for both employers and the state. As California’s program fell into insolvency in 2009—and remained there until 2018—the FUTA tax credit was reduced by 0.3% each year. By 2017, the employers’ tax rate had risen to 2.7%, quadrupling per employee costs from the traditional $42 per employee to $189 per employee.

In total, this insolvency cost California’s businesses approximately $10 billion in increased FUTA taxes. As employers faced increased federal taxes, the State of California also took a hit, paying interest on the federal loans to the tune of approximately $1.5 billion.

Solvency and the Future

Fast forward to today—almost a decade after the Great Recession—California’s UI Fund has just returned to solvency. In 2018, California finished repaying its federal UI loans and, according to the Employment Development Department’s (EDD) recent estimates, the UI Fund is expected to hold $3.3 billion by the end of 2020. However, the question that needs to be asked: Is California ready for the possibility of the next recession? California’s UI Fund held a similar amount before 2009’s recession, and that proved woefully insufficient.

In 2019, AB 1066 (Gonzalez; D-San Diego), designated a job killer by the California Chamber of Commerce, attempted to expand unemployment to workers involved in labor disputes, potentially bringing entire unions onto unemployment for the duration of trade disputes. Although AB 1066 failed to pass the Senate in 2019, the proposal may return and certainly raises some questions. For example: if California’s UI fund is already on unstable footing and will be needed for out-of-work employees in the next recession, will California’s Legislature be willing to stretch benefits to workers who are not traditionally “looking for work”?

In addition, AB 1066’s return would raise a second question that only the federal government could answer: Does extending benefits beyond the traditional UI requirements—unemployed through no fault of their own, and actively seeking/able to take work—threaten California’s funding stream for unemployment insurance?

Under federal law (42 USC 503(a)(12)), the U.S. Secretary of Labor is required to verify, before distributing unemployment funds to states, that state law includes “[a] requirement that, as a condition of eligibility . . . a claimant must be able to work, available to work, and actively seeking work.”

Therefore, it appears that extending benefits to those in a labor dispute (who are not, arguably, available to work or seeking work) could pose concerns with federal compliance. Also, any offers of employment made to striking workers, if rejected, could trigger a need to end benefits. AB 1066, however, does not appear to contemplate this situation.

Notably, this issue does not appear to have been raised in other states that have put in place similar programs. Depending on the motivations at the federal level, however, an anti-California administration might view federal law as in conflict with AB 1066, and use that to harsh effect for California’s unemployment insurance payments.

Although unemployment in California is currently low, California needs to maintain a stable UI Trust Fund that protects workers who become unemployed through no fault of their own. As the Great Recession of 2008 has shown, the economy can change quickly and California needs to continue to strengthen the UI Fund to prepare for any future challenges.

Legislation that expands eligibility to receive unemployment benefits beyond those individuals who actually have been terminated, or which adds unnecessary cost burdens onto employers, jeopardizes the entire system. 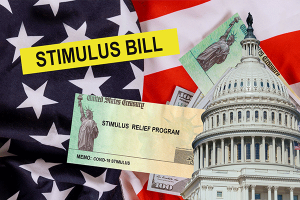 The Gift that Congress Needs to Give – Unemployment Insurance Assistance 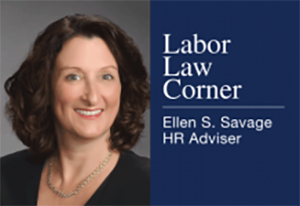 COVID-19 Loans and the New Economy 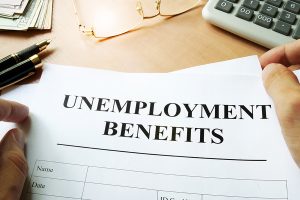