Spurred by the #MeToo and #WeSaidEnough movements, 2018 was a historic year for sexual harassment and discrimination prevention legislation. The phrase “Me Too” was coined originally by civil rights activist Tarana Burke in 2006 to help victims of sexual harassment. In 2017, The New York Times and The New Yorker published articles accusing Hollywood film producer Harvey Weinstein of sexual harassment, which spawned the #MeToo movement. The phrase went viral as victims used the hashtag “#MeToo” to share online their personal accounts of sexual harassment, discrimination and sexual assault. The movement essentially created a cultural reckoning and was the catalyst for Bill Cosby’s jail sentence at his sexual assault retrial and Al Franken’s resignation, just to name a few. However, men in Hollywood were not the only ones ousted from positions of power.

In Sacramento, three legislators resigned from their positions after being credibly accused of sexual harassment. This occurred not only because of the #MeToo movement, but also because of Sacramento’s own movement—#WeSaidEnough. The #WeSaidEnough movement began in October 2017 when 147 women, including a bipartisan group of elected officials, legislative staffers and lobbyists, signed an open letter stating that they had been sexually harassed while working in the State Capitol.

The California Legislature responded by holding 12 legislative hearings about the current state of sexual harassment prevention in California and proposing a slew of sexual harassment-related bills. In September 2018, Governor Edmund G. Brown Jr. signed a number of these bills, most of which are targeted at the private sector.

• Settlement Agreement Confidentiality Clauses Limited: SB 820 (Leyva; D-Chino) expands the types of cases in which so-called “secret settlements” are restricted. The law prohibits any settlement agreement in a case where sexual harassment, assault or discrimination has been alleged from including a confidentiality provision that prohibits disclosure of factual information regarding the claim, except with regard to the claimant’s identity.

• Sexual Harassment Claims and Litigation Expanded: SB 1300 (Jackson; D-Santa Barbara) was the most expansive of the sexual harassment-related bills, making a number of changes to California’s Fair Employment and Housing Act (FEHA) involving workplace harassment claims. The law prohibits employers from requiring employees to sign (as a condition of employment, raise, or bonus) a release of FEHA claims or rights or sign a document prohibiting disclosure of information about unlawful acts in the workplace, including nondisparagement agreements.

Additionally, SB 1300 expands employer liability for unlawful harassment by nonemployees and provides that a prevailing defendant is prohibited from an award of attorney fees and costs unless specific factors are proven. Under the new law, employers are permitted, but not required, to provide bystander intervention training.

Finally, the Legislature used SB 1300 as a vehicle to make a number of declarations, approvals and disapprovals of current legal standards and decisions related to sexual harassment claims. Keep in mind, the Legislature’s declarations and expressions of intent, while codified, do not reflect a change in the related provisions of statutory law.

• Sexual Harassment Training Expanded: SB 1343 (Mitchell; D-Los Angeles) extends California’s sexual harassment training requirement by requiring all employers with five or more employees to provide two hours of sexual harassment training to supervisors and one hour of training to all other employees within six months of hire or promotion, and every two years after that. Temporary and seasonal employees must be trained within 30 days of hire or 100 hours worked, whichever is earlier.

• Right to Testify Waiver Precluded: Under this new law, AB 3109 (M. Stone; D-Scotts Valley), any provision in a contract or settlement agreement will be unenforceable if it prohibits a party to the contract from testifying about criminal conduct or sexual harassment in an administrative, legislative or judicial proceeding.

• Sexual Harassment Educational Materials: Talent Agencies: Required: Per AB 2338 (Aguiar-Curry; D-Winters), talent agencies will need to provide their adult artists with educational materials on sexual harassment prevention, retaliation and reporting resources, as well as on nutrition and eating disorders. Artists who are between the ages of 14 and 17 years, along with their parent or legal guardian, must complete sexual harassment prevention, retaliation and reporting training before they are issued a work permit.

• Sexual Harassment: Professional Relationship: Expanded: Under current law, an individual may be liable for sexual harassment that occurs in the course of a business, service or professional relationship where the client or customer cannot easily end the relationship. See Civil Code Section 51.9. Examples of these professionals currently include doctors, attorneys, bankers and accountants, among others.

SB 224 (Jackson; D-Santa Barbara) extends this list of examples to elected officials, lobbyists, investors, directors, and producers. In addition, it expands liability to anyone who holds himself/herself out as being able to help establish a business, service or professional relationship, whether with that individual or a third party. Lastly, SB 224 eliminates the requirement to show that the relationship could not be terminated easily.

All these bills were signed into law in 2018. With all of these new laws going into effect January 1, 2019, sexual harassment is sure to remain a serious concern for employers, not only for employee morale, but also because of the newly expanded liability associated with these laws.

Because 2018 was such an expansive year for the enactment of sexual harassment and discrimination prevention-related laws, any additional attempts to create new legislation regarding sexual harassment and discrimination prevention would be premature. Employers and employees need time to understand and implement these additional, extensive requirements to determine if additional requirements are needed.

Moreover, the Fair Employment and Housing Council needs time to update and implement regulations in order to provide further guidance to the employer community because the ambiguities in some of these newly enacted laws have employers uncertain about compliance. 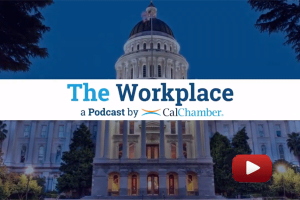 Video: The Workplace a Podcast by CalChamber 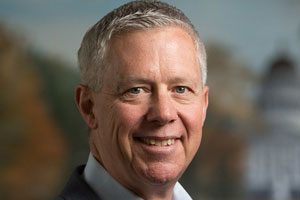 #MeToo, But Maybe Not For You