Marijuana in the Workplace

In California and 32 other states across the country, marijuana is now legal for medical purposes, and 11 states (including California) have legalized marijuana for recreational use. This changing legal landscape has left employers wondering about their rights and responsibilities regarding drug testing for marijuana. Although employers in California maintain the right to drug test employees for marijuana and other drugs in certain circumstances—including pre-employment—there have been several efforts to limit their ability to do so.

Right to a Drug-Free Workplace

• Under current law, generally an employer has the right to maintain a drug-free workplace through policies and by drug testing at pre-employment, suspicion of impairment and post-accident.

• The California Chamber of Commerce did not oppose legislation or regulation establishing the legal framework for medical marijuana. The CalChamber also did not oppose Proposition 64, the 2016 initiative legalizing adult recreational use, specifically because the initiative included language to protect these employers’ rights.

• Under federal law, marijuana remains illegal as a Schedule 1 drug under the Controlled Substances Act.

Impaired workers undermine workplace safety, quality and productivity. Employers are concerned that marijuana users could be impaired at work and put the safety of the impaired employee, other employees, and members of the public at risk. Also, impairment could decrease productivity in the workplace.

In addition to the obvious safety risks of impairment, any uptick in on-the-job injuries or vehicle accidents will result in increased workers’ compensation and vehicle insurance premiums for employers. As a result, it is important that employers be able to decline to employ applicants who test positive for drugs in order to lower the odds of workers being impaired at work.

Employers’ concerns about the risks of impairment are compounded by the limitations of current drug-testing technology:

• Currently there is no objective and legally recognized test an employer can administer or have administered by a testing company to confirm recent use of marijuana or impairment due to marijuana.

• Under present testing methods, marijuana can remain in the system and show up in a drug test for up to 45 days following use in regular users.

• There is no method to determine if individuals are impaired at the time the drug is found in their system or, conversely, if the marijuana was consumed at an earlier time and the individual is no longer impaired.

• Therefore, zero tolerance is the only policy that ensures workers are not impaired on the job.

The California Supreme Court held in Ross v. Ragingwire Telecommunications, Inc. (2008) that employers were not compelled to accommodate marijuana in the workplace—including as a medical treatment for a disability or injury—because it remains illegal under federal law and because the relevant legalization legislation (Proposition 215 at the time) did not specifically compel employers to allow marijuana in the workplace.

Although Ragingwire preceded 2016’s Proposition 64, the express language of Proposition 64 similarly explicitly carved out the workplace, which has led to a general consensus that Ragingwire’s holding and reasoning remain the law of the land. Nevertheless, proponents have pushed for statute to rewrite Ragingwire’s holding and compel employers to allow marijuana in the workplace as a medical treatment under the state Fair Employment and Housing Act (FEHA).

• 2019: AB 882 (McCarty; D-Sacramento) This job killer bill would have prohibited an employer from terminating an employee based on a positive drug test if the drug (including marijuana) was being used as part of a narcotics or medication-assisted treatment program. The bill was not heard in the Assembly Labor Committee and has since been amended to focus on differences in California and federal law related to disability.

• 2018: AB 2069 (Bonta; D-Oakland) would have prohibited employers from terminating, disciplining or refusing to hire persons who use marijuana and possess a valid state identification card as a medical marijuana patient. Although AB 2069 would have allowed an employer to discipline or terminate an employee impaired on the job, this provision could not be implemented because impairment cannot be determined by a clinical test. The CalChamber led a large business coalition in opposition to the bill, which did not move forward from the Assembly Appropriations Committee.

• 2016: California voters approved Proposition 64, allowing adult recreational use of marijuana, but the initiative specifically emphasized that employers may maintain a drug-free workplace.

• 2008: The California Supreme Court held that the Compassionate Use Act of 1996, which allowed Californians to use marijuana for medical purposes, did not create safeguards for such individuals in the workplace. Similar court cases have been decided in favor of employers in maintaining the right to a drug-free workplace despite legal marijuana use for medical purposes.

• 1995: Voters approved Proposition 215, which specifically exempted medical marijuana users from enforcement of two California criminal statutes, but made no provisions as to marijuana use in the workplace.

Heading into 2020, marijuana in the workplace is very much on the mind of legislators and proponents. On November 8, 2019, the Senate Labor, Public Employment and Retirement Committee held an informational hearing on “Cannabis and Employment: Balancing Safety and Equity in a Post-Proposition 64 (2016) Workplace.”

During the hearing, legislators probed issues such as workers’ compensation, safety and drug testing. Also, notably, marijuana proponents showed interest in rewriting Ragingwire and banning urine testing (the present industry standard testing) as a pre-employment drug test, although no specific legislation has been proposed. The CalChamber expects potential legislation on both these fronts.

Also, there is always the potential for direct democracy to reshape marijuana law in California, as with Propositions 215 and 64. Although proponents have not yet collected sufficient signatures to place it on the ballot, the “California Cannabis Hemp Initiative 2020” was submitted to the Attorney General’s Office in August 2019 and has the potential to rewrite marijuana law in California in all aspects, including in the workplace. Employers will be keeping an eye on it, should its supporters gather the requisite signatures.

Allowing drug use in the workplace—including requiring an employer to accommodate an employee’s marijuana use—could jeopardize the safety of other workers as well as the public. It also forces employers to make subjective determinations regarding whether an employee is impaired, as there are no reliable scientific tests to assess impairment.

The CalChamber continues to support the right of an employer to maintain a safe workplace by enforcing zero-tolerance drug use policies through drug testing, including pre-employment testing. In addition, the CalChamber remains opposed to legislation that would force employers into costly litigation to defend their ability to preserve a drug-free workplace. 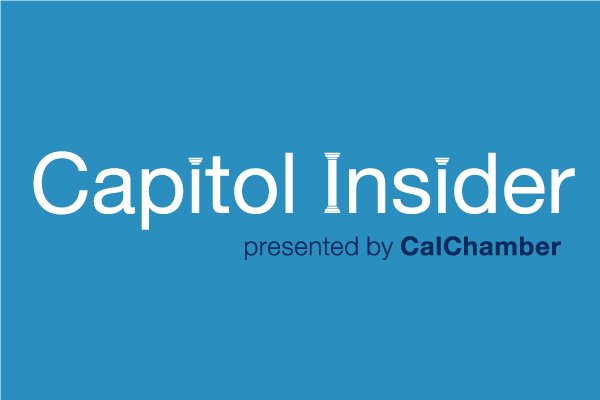 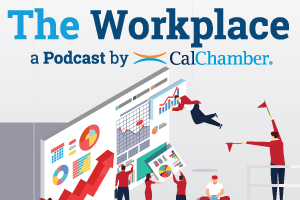 New Podcast: Marijuana and the Workplace 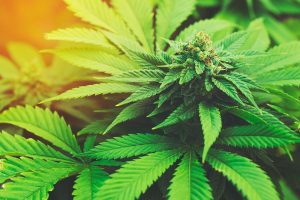 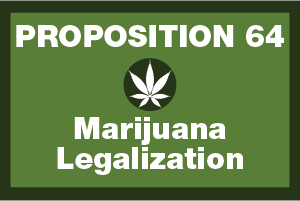