From One Canal to One Tunnel: Conveying Water Central to Reliability

The Bay Delta Conservation Plan (BDCP) is a key part of the 2009 comprehensive water package that addresses California’s long-term water strategy. It is designed to achieve the co-equal goals of providing a reliable source of water and protecting, restoring and enhancing the Delta ecosystem while minimizing impacts to Delta communities and farms. It focuses on the Sacramento-San Joaquin Delta, where water is diverted to serve 27 million Californians and 3 million acres of farmland.

This is the third time the issue of how to convey water through the Delta is on the table. Round one was the Peripheral Canal in 1980. The canal was authorized in legislation but was the subject of a successful referendum. The issue arose again as one of the options in the BCDP, which was referred to as the twin-tunnel option, aka the “WaterFix” during the Brown administration. In the latest iteration of how to move water through the Delta, twin tunnels have been reimagined into a single, slimmed-down tunnel.

• One big earthquake near the Delta or a major levee break will leave 27 million Californians without an adequate source of water.

• Business relies on a consistent and available water supply at a reasonable cost for planning purposes.

• The proposed BDCP is protective of the Delta ecosystem and fish habitat.

California’s natural water picture is a study in contrasts. Two-thirds of the state’s water originates north of Sacramento, but two-thirds of its residents live in the southern part of the state. The Delta is at the heart of the two major projects in California, the State Water Project (SWP) and the federal Central Valley Project (CVP), built during the last century. These two systems transfer fresh water supplies from northern reservoirs and dams via a series of canals, pipelines and aqueducts through the Delta to Southern California, the Central Valley and coastal areas.

Droughts and environmental laws have since reduced the amount of water being pumped through the Delta. Islands in the Delta continue to subside while levees degrade and are no longer sufficient to protect nearby communities. When the Peripheral Canal wasn’t built, two more pumps were installed to help move water and protect the Delta from salt intrusion. Screens were installed to prevent fish from being sucked into the pumps.

In the latest iteration of how to move water through the Delta, the twin tunnels have been reimagined into a single, slimmed-down tunnel. The new preliminary estimate for the 30-mile project is approximately $11 billion, which is about $5 billion less than the $16 billion estimate for the original twin tunnel proposal. As directed by Governor Gavin Newsom, the Department of Water Resources (DWR) began the environmental review process with a Notice of Intent in 2019 and conducted a significant number of public scoping meetings for Delta community residents and stakeholders, concluding in April 2020. Approximately 800 written comments were submitted by interested parties and are under review.

The Delta conveyance process builds on work already conducted to modernize Delta conveyance and ensure a climate resilient water system. How big and how much water can be conveyed is not yet determined, but water flow is likely to range from 3,000 to 7,500 cubic feet per second. The state has already applied for and received a federal 404 permit from the U.S. Army Corps of Engineers and in August 2020 a Notice of Intent was issued, beginning the process for a federal environmental impact statement.

Critics maintain that the latest iteration still harms endangered fish species, damages the Delta as a community, and potentially jeopardizes the agricultural economy. The current proposal will protect endangered fish, including salmon and Delta smelt, and will improve water supply reliability in the face of climate change, earthquakes and potential levee failures that could leave 27 million people with very limited water supplies. Proponents prefer two tunnels instead of one, but are supportive of the smaller project, realizing that without the Governor’s buy-in, the project dies.

Many businesses plan for the long term. Part of the calculation to locate or expand in California depends on the cost of doing business. The cost, quality and availability of water is critical, especially for water-intensive industries. It’s well-known that California has a turbulent water history. The state’s chronic water shortage and numerous legal water rights challenges are often in the news.

The BDCP is expected to help mitigate some of businesses’ concern by upgrading outdated Sacramento-San Joaquin Delta infrastructure and securing water supplies, while also improving the Delta’s ecosystem. The new plan hopefully will be designed to make the most of big winter storms that produce more outflow than can be captured and used under current conditions. The excess flows could be routed through the new conveyance and stored for use in drier times, providing a reliable water source for businesses and residents.

DWR is continuing to develop the draft environmental impact report (EIR) incorporating public comments provided during the scoping period in early 2019. This work includes selecting a range of project alternatives and conducting analyses to evaluate impacts of those alternatives on environmental resources in the project area.

The California Chamber of Commerce supports a comprehensive solution to the state’s chronic water shortage. Delta conveyance in conjunction with increased storage, new technologies, and water use efficiency techniques will help provide a reliable and consistent water supply.

The CalChamber supports the single-tunnel proposal as a viable means of conveying water through the Delta. To assure a future robust economy, every avenue needs to be explored to further increase business’s access to affordable water. 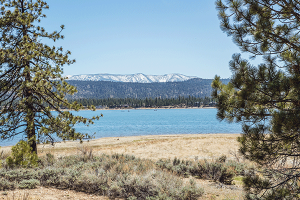 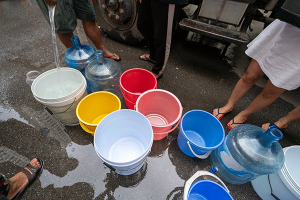 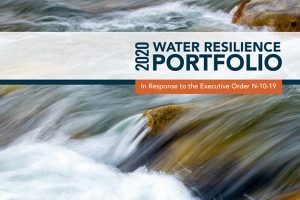 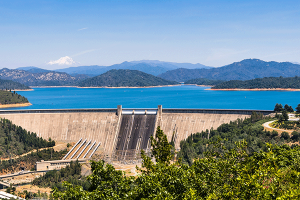