Periodic wildfires are a part of the natural cycle of forests. The wildfires serve to clear out dead or dying trees, diseased trees or plants, and forest debris, allowing younger, healthier trees and shrubs to grow. Good forestry management practices mimic nature, mechanically clearing out underbrush and other forest debris, setting prescribed burns, and cutting and removing dead, infested or dying trees. Environmental regulations protecting species and their habitats severely restrict the ability of forest landowners and forestry companies to manage their lands in a way that reduces fuel loads leading to wildfires.

With the devastating wildfires in 2020, President Donald J. Trump visited California to survey the damage but also to sit down with state leaders, including Governor Gavin Newsom, to discuss the issue. This discussion focused on climate change, but also renewed the debate between whether the state or federal government is responsible for forest overgrowth. The answer is both. Forest management, or lack thereof, is the responsibility of both the federal and state governments. And in 2021, California has an opportunity to increase its efforts at addressing the issue. 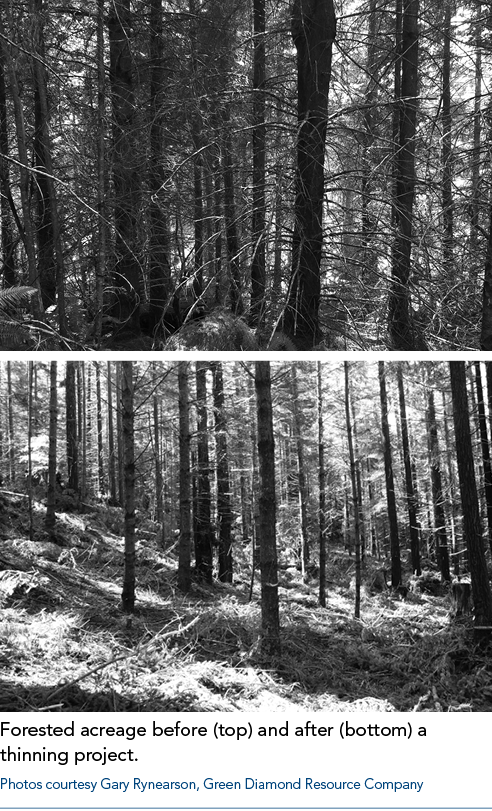 On nonfederal land, the state has regulated activities to minimize harm to the environment, principally through permits and mitigation activities for timber cutting, road and structure building, and conversion to agriculture. In addition, the state is responsible for fire suppression on private and state-owned land, as well as certain local areas.

The U.S. Forest Service says that 6 million to 8 million of the 21 million acres it manages in California need immediate restoration. Other forestry experts say that at least 1 million acres need to be treated annually over a sustained period, according to Governor Newsom’s Wildfires and Climate Change Strike Force.

Millions of acres of forested lands are vulnerable to wildfires due to increased fuel loading and prolonged drought and climate change. The length of the fire season is estimated to have increased by 75 days across the Sierra and seems to correspond with an increase in the extent of forest fires across the state, according to the Department of Forestry and Fire Protection (CAL FIRE).

Over time, an increasing number of homes and commercial enterprises have been built on the urban fringe interfacing with forestlands and scrublands. Small rural communities exist within forested areas of the state supported by tourism, recreation or the timber industry. Rapid growth in vineyards and wineries in Napa, Sonoma and Mendocino counties spurred corresponding growth in commercial and residential developments, again on the urban fringe bordering forested lands, which already had many vacation and retirement homes.

Structures on the fringe are vulnerable to wildfires and the cost of fighting them increases exponentially. Newer structures built under current building codes require use of noncombustible materials that are fire resistant. Many older structures, however, still are in use. Structures unencumbered with loans do not have to carry fire insurance. Also, not everyone keeps defensible space clear of debris around structures to aid in firefighting.

California continues to have catastrophic wildfire seasons. Even though numerous legislative proposals have been introduced, few have been enacted. The most comprehensive proposal, SB 901 (Dodd; D-Napa), signed September 21, 2018 (Chapter 926) by Governor Edmund G. Brown Jr., still is in the process of being implemented.

• Allocates $200 million annually for the next five years: $165 million from the Greenhouse Gas Reduction Fund (Cap and Trade) to CAL FIRE for healthy forest and fire prevention programs and projects that improve forest health and reduce greenhouse gas emissions from wildfire; and $35 million from Cap and Trade to CAL FIRE to complete prescribed fire and other fuel reduction projects consistent with the recommendations in California’s Forest Carbon Plan and the operation of year-round prescribed fire crews, research and monitoring for climate change adaptation. (CAL FIRE treated roughly 182,000 acres in 2019 and 2,500 acres through October 2020).

• Five-year extension for several of the state’s biomass facilities and allowance for monthly reporting for some contracts in exchange for additional fuel flexibility.

• Conservation easements purchased with state funds now must be maintained and improved for forest health.

• Expansion of the existing Forest Fire Prevention Pilot Program by allowing the construction of up to 600 feet of temporary roads for the purpose of treating and thinning forests.

• Improves the existing Non-Industrial Timber Management Plan and Working Forest Management Plan by clarifying that multiple landowners can work together to manage their lands and submit one plan if the total acreage in the plan does not exceed a maximum number of acres.

Governor Newsom also took early action and assembled a strike force to lay out a strategy to reduce the number and severity of wildfires, including significant wildfire mitigation measures. CAL FIRE was directed to develop and recommend immediate, medium- and long-term actions to help prevent destructive wildfires. CAL FIRE also accelerated 35 priority fuel reduction projects, encompassing 94,000 acres while acknowledging the chasm between this plan and the need.

The Governor’s 2020 budget allocated $240.3 million for fire protection services and $225.8 million for forest health, less than was originally proposed due to budget shortfalls from COVID-19. In early 2020, the state and federal governments signed a memorandum committing to treat 1 million acres per year. The federal government also instituted changes making it easier to reduce wildfire risk on federal lands such as splitting fire suppression funds from forest management funds, streamlining certain small-scale forest management projects, improving collaboration with local parties, and further improving Good Neighbor Authority with state governments. The Good Neighbor Authority allows the U.S. Forest Service to enter into agreements with state forestry agencies to do the critical management work to keep forests healthy and productive and promote growth in cooperative forest management. The Governor did include funding for Good Neighbor Authority in his budget.

Forest landowners suffer loss of long-term investments when their trees burn. It takes many years to grow a replacement crop, especially if owners are unable to clear the burned acres in a timely fashion due to strict forestry rules regarding salvage.

To date, 2020 turned out to be one of the most destructive fire seasons in the state’s history, based on the number of acres burned. As this article was written, 4,193,364 acres had burned, 10,488 structures were destroyed or damaged, and there were 31 fatalities in 9,069 wildfire incidents. The Governor declared a state of emergency for Napa, Sonoma and Shasta counties, suspending rules and regulations for fuel reduction projects in high risk areas to accelerate forest clearing.

According to CALFIRE, 135,573 acres burned in 2019 and 876,147 acres in 2018. The state Department of Insurance indicates the 2018 wildfire season still is considered the most costly to date, estimated at $12 billion in insured losses. Costs to state, local and federal governments for fighting the fire and the economic losses are not included. AccuWeather offers a more comprehensive fiscal analysis of estimates for the 2018 fire season with costs of $400 billion in property damage, firefighting costs, direct and indirect economic loss and recovery costs. Cost estimates for 2020 wildfires at the end of the third quarter of 2020 were $10 billion.

The ultimate costs will not be known for years.

SB 901 included many improvements to forest management practices. It will take several years to fully implement all the changes. Legislation passed in 2019 to extend the effective time of Sustained Yield Plans, require development of a model defensible space program and expedite completion and certification of a vegetation treatment program. Legislation passed in 2020 further enhances defensible space programs.

It is reasonable to expect additional legislation further easing forestry regulations to allow more salvage operations to clear the burn areas. There probably will be more attempts to expedite permitting requirements for thinning operations, clearing undergrowth and removing diseased trees on private lands to help stop rapid spreading of fires. Although SB 901 allows temporary roads, it did not relieve onerous permit or mapping requirements needed before approval of roads. Expect legislation to remedy that issue.

The California Chamber of Commerce supports adequate fire prevention availability for all areas of the state, including the ability for forestland owners and timber companies to clear underbrush and other debris, as well as remove dead or dying trees. The CalChamber supports more inspections and stricter enforcement of defensible space regulations and use of ignition-resistant landscaping where applicable. SB 901 is an improvement in forestry management, but more cooperation between state and federal agencies will expedite good forest health. 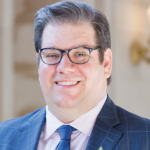