Scheduling Mandates Limit Options for Both Employees and Employers

Between the COVID-19 pandemic that literally shut down businesses overnight, record-breaking temperatures, and extended periods of unhealthy air quality due to wildfires, life in California in 2020 was anything but predictable. Even those industries that already experience fluctuations in operations due to weather or variations in customer demand struggled to navigate how to stay afloat and preserve as many jobs as possible for their staff. A significant part of that balancing act includes adjusting staffing needs to meet customer demand, which has become difficult to predict.

These scheduling challenges employers faced in 2020 are only further complicated by California’s wage orders and developing case law that have created an intricate web of means by which an employer is penalized financially for adjusting employee schedules or keeping employees on call. These rules apply to small and large businesses alike and avoiding financial penalties can be difficult for businesses to balance with fluctuating staffing needs.

The Legislature should be wary of imposing any further regulation in this area and limiting an employer’s ability to quickly respond to these unpredictable events.

Pursuant to California’s Wage Orders, employees generally are entitled to “reporting time pay” in one of two scenarios:

• the employee is required to call their employer before the start of a shift and is not required to come in.

There are limited exceptions to the reporting time pay requirement. Although the Wage Orders provide that employers do not owe reporting time pay if the interruption of work “is caused by an Act of God or other cause not within the employer’s control,” employers often are advised to construe that provision narrowly out of fear of litigation. Many companies pay out reporting time pay even if the circumstances are out of their control, such as a car wash needing to close down because of rain or a restaurant having to adjust staffing due to a large party canceling a reservation at the last minute.

What employers often do not realize is reporting time pay is required even if the employee picks up another shift later the same day. For example, a restaurant hostess who arrives for her 8-hour shift is entitled to reporting time pay if her manager sends her home after 2 hours because the restaurant is slow. The hostess is entitled to reporting time pay even if the manager calls her later in the afternoon saying that things have picked up and she opts to come back in to continue working. The hostess would receive 2 hours of pay for the first 2 hours she worked, 2 hours of reporting time pay because she was sent home early from what was supposed to be an 8-hour shift, and then any pay she is owed for the hours she works if she comes back in that afternoon. Any time she works in the afternoon beyond 6 hours must be compensated as overtime. An employer failing to provide reporting time pay under these circumstances or calculating the pay improperly could be liable for a multitude of penalties, including penalties under the Private Attorneys General Act (PAGA).

The same hostess also is entitled to reporting time pay even if she is sent home for misconduct. All that matters is that she did not work at least half of her scheduled hours. Similarly, in Price v. Starbucks (2011) 192 Cal.App.4th 1136, the court confirmed that an employee who was asked to come into the store to discuss his termination was owed 2 hours of reporting time pay because he had not originally been scheduled to work that day.

A recent decision by a California appellate court also has forced businesses to reconsider the use of call-in shifts (Ward v. Tilly’s, 31 Cal.App.5th 1167 (2019)). Previously, businesses with fluctuations in customer demand would have employees call in several hours in advance to see if they were needed. If the business was slow that day, the employee need not come in and was free to go about their day.

The court confirmed that a policy requiring employees to call in 2 hours before their shift triggers the duty to pay reporting time pay because the employee would be restricted from engaging in other activities, such as sleeping, watching a movie, taking calls, or being outside of cell phone service. Because there is no bright line rule as to how far in advance an employee can be required to call in without being entitled to reporting time pay, it remains to be seen whether an employer that has employees call in 3 or 4 hours in advance would also owe those employees reporting time pay.

Further, another court recently held that employers were required to compensate employees for the calls themselves because the employees were subject to the employer’s control during those calls, which lasted between 5 and 15 minutes (Herrera v. Zumiez, 953 F.3d 1063 (2020)).

Similar to reporting time pay, employees are entitled to be paid for time that they are “on call.” Whether the employer must compensate the employee for this time depends on how restricted the employee is from using that time as he or she wishes.

Again, there is no clear-cut rule as to when the duty to pay an employee who is on call is triggered. While employers generally followed the rule that an employee is to be paid if they are restricted to a geographic location within 20–30 minutes driving distance, the court’s reasoning in Ward may indicate a shifting view toward requiring that on-call employees be paid even where they are less restricted.

To add even more complexity to employee scheduling, employers also must be careful about tracking when a split shift premium is owed. A “split shift” is two work periods that are separated by more than a “bona fide rest or meal period.” The phrase “bona fide rest or meal period” has been interpreted to mean two work periods separated by more than 1 hour.

For example, if a retail associate leaves work at 12 p.m. and comes back to start a second shift at 2 p.m., he/she would be entitled to split shift pay. The associate is owed 1 hour of pay at the state minimum wage or local minimum wage, whichever is greater.

Despite the plethora of laws entitling employees to compensation when their schedules are changed, San Francisco, Emeryville and other cities nationwide have enacted ordinances requiring employers to issue employee schedules weeks in advance and financially penalizing employers for modifications made to those schedules. Not only do employees need to be able to commit to shifts weeks in advance, with no changes, but employers lose the flexibility to add or remove shifts if there is a fluctuation in staffing needs.

For example, restaurant staffing needs are dictated largely by reservations. Many people do not make reservations 4 weeks in advance, especially during the COVID-19 pandemic where outdoor seating is largely the only option available and unpredictable weather and air quality dictate people’s desire to dine outdoors. A restaurant that loses a large reservation on a Wednesday due to threat of rain on Saturday must then decide whether to adjust its schedule and provide modification pay or ask those employees to come in and risk them either having nothing to do or owing them reporting time pay if they are sent home early.

Both employers and employees in those cities have expressed frustrations regarding compliance with these mandates. Employees are finding that their employers are less flexible about allowing them to make changes to their schedules out of fear of litigation and having to pay out modification pay. The employees also are having to commit to shifts 1 month in advance.

In response, businesses have tried to operate short staffed when they are busier than expected to avoid calling employees to see if they can work and owing modification pay. Thus, employees also lose out on the opportunity to pick up extra shifts.

A handful of bills have been introduced over recent years regarding predictive scheduling, including AB 357 (Chiu; D-San Francisco) in 2015, SB 878 (Leyva; D-Chino/Chiu; D-San Francisco) in 2016, and SB 850 (Leyva; D-Chino) in 2020. The most recent iteration, SB 850, would have required grocery stores, retail stores, and restaurants to provide their employees with schedules at least 21 days in advance. The employer would owe the employee modification pay for each shift that was canceled or moved. The amount of the penalty would depend on the amount of time notice was provided about the change in the schedule.

Although the bill provided certain exceptions to when modification pay is owed, several of the exemptions as written were vague and employers will be wary to make changes for fear of litigation. As with reporting time pay, no modification pay is due if the business cannot open “due to an act of God.” What is unclear is if this covers weather, which has significant impact on staffing needs for many businesses, especially when COVID-19 has forced restaurants and retailers to operate outdoors. It also leaves open a question as to what an employer should do about newly hired employees. If a schedule is already set weeks in advance, the new employee may either not be assigned a shift for at least three weeks or be assigned a shift where there may now be too many employees working and not enough work to go around.

As with other areas of the Labor Code, under SB 850, an employer could have faced penalties for a good faith mistake. In addition to owing up to $4,000 for failure to pay modification pay, the employer could owe an additional $4,000 if their failure “harms” any other person, be subject to potential investigation by the Department of Industrial Relations and associated penalties, and face PAGA penalties, a potential derivative wage statement claim under Labor Code Section 226, waiting time penalties under Labor Code Section 203 if the employee is a former employee, and attorney fees.

It is important that employers have flexibility to adjust staffing as needed, and that employees have the option to change their schedule at the last minute, especially in the midst of the current pandemic and record-setting wildfire season which have limited both indoor and outdoor operations.

California employers have been struggling simply to continue operations and avoid going out of business. Multiple forms of compensation already exist to encourage proactive scheduling. Implementing predictive scheduling laws will not only burden the businesses struggling the most right now, but also will negatively affect employees by prohibiting them from picking up additional shifts or making changes to their schedules when personal needs arise, and by forcing them to commit to shifts weeks in advance. 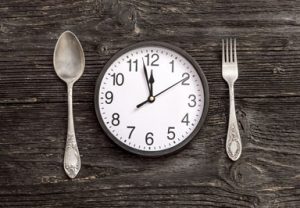 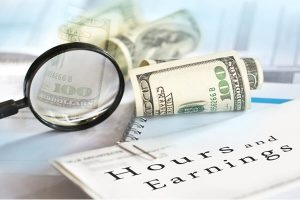 Wage Theft Already is a Crime in California

What Employers Are Asking Right Now 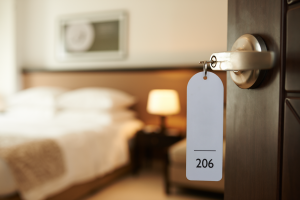