The Consequences of Banning Energy Sources

California is known nationally and internationally for its leadership in setting ambitious climate goals and spurring innovation that has evolved how the world thinks about energy production, efficiency, and transmission. With each new legal and regulatory enactment, California policy should remain technology-neutral to protect jobs, encourage innovation, and maintain growth while looking at ways to reduce greenhouse gas (GHG) emissions.

To that end, California passed the first-of-its-kind cap-and-trade program, applicable to stationary sources and transportation fuels, including oil and gas production, manufacturing, and electricity generation, allowing market prices to drive down emissions while maintaining its strong economy. This approach is prudent since California contributes only 1% to global GHG emissions.

In the energy field, California utilizes a Renewable Portfolio Standard, setting a percentage goal for renewable energy while allowing electric utilities to undertake long-term Integrated Resource Planning to figure out how to transition the energy grid to accommodate a growing portfolio of renewable sources. California also is the leading regulator of automotive emissions in the country, pioneering limits on tailpipe emissions and control technologies years before federal requirements. This balanced approach has likely led to California maintaining its leadership in the global economy and energy world, and has served as a model that California should continue to follow.

Efforts to Force the Market

On the other hand, the California Legislature and recently the Governor are not immune to the urge to force the market to adopt specific technologies or services, either by banning certain energy sources or through setback requirements or mandates on a certain energy mix.

For example, legislation introduced in 2019, AB 345 (Muratsuchi; D-Torrance), sought to impose a state minimum 2,500-foot setback requirement on new oil and gas development, as well as on redrilling or rework of any existing oil and gas infrastructure. The 2,500-foot setback requirement was in effective a domestic ban jeopardizing new and existing infrastructure necessary for in-state production to continue. The California Chamber of Commerce tagged the bill as a job killer and the bill ultimately failed to pass the Senate Natural Resources and Water Committee in 2020.

In 2020, Governor Gavin Newsom issued an Executive Order, bypassing the Legislature and requiring the Air Resources Board to enact regulations to phase out the use of combustion engines in passenger cars and trucks by 2035 (Executive Order N-79-20).

Despite state leadership in reducing GHGs, the California economy still relies on fossil fuels. As the state transitions away from this traditional fuel source to renewable energy, the Legislature and the Governor must account for the effects on consumers, motorists and residents’ quality of life that come with bans and mandates. Renewable energy and fossil fuels should not be viewed as diametrical opposites. A mix of both is required to maintain a secure energy grid and protect jobs. An appropriate balance can be struck to set forth a model for other states and the world to follow.

• Combustion Engine Bans Disproportionately Affect Poor and Working Class Californians. Transportation accounts for a large portion of California’s GHG inventory. Governor Newsom’s announcement of a ban on the sale of combustion engine passenger vehicles, and limits on light- and heavy-duty trucks require careful consideration of the impacts on California. Most working Californians cannot afford to purchase electric vehicles, so solutions need to be developed that are even-handed and take into account all the costs of climate policy.

A one-size-fits-all approach to transportation risks ignoring the significant immediate air quality improvements that a diverse and ever-cleaner energy mix provides. While GHG reductions will decrease over time, local air quality impacts will remain if electric vehicles are not affordable for the most economically disadvantaged areas of the state. Unlike other countries around the globe that promote an electric vehicle market, the Governor’s announcement came without a fully fleshed-out plan for how to achieve such an ambitious goal.

California lays claim to the most developed electric vehicle market in the nation. As California leaders push for even more purchase and use of electric cars, the blessings of fewer GHG emissions are limited by the serious logistical challenges brought on by economy-wide electrification. Electric vehicles, for example, may be unusable following a natural disaster, when electric service may be unavailable for several days or weeks. In addition, evacuation distances for those escaping wildfires or other natural disasters may exceed the range of an electric vehicle on a single charge, or charging stations may become inaccessible.

• Picking Winners and Losers Hinders Innovation. California policy makers have historically preferred and provided financial and market incentives for solar and wind energy over other renewables, hindering innovation by narrowly defining “renewable” as a list of preferred options, making other technology less cost competitive in California. California also cannot rely 100% on solar and wind—it requires storage when the sun stops shining and the wind stops blowing, or requires a reliable backup generation.

Battery storage technology often is touted as the response to concerns over reducing the role of natural gas as a clean, fast-ramping resource. However, sufficient battery storage is not yet available at a level necessary to maintain power after dark or when the wind is low, constituting less than 1/10th of 1% of defined renewables in use in California. After closure of California’s last nuclear generating facility, the state’s remaining reliable backup generation will be natural gas. California is lagging on energy storage, and if the state also bans or limits natural gas, Californians will be left with nothing to keep the lights on, a real possibility the state is facing at peak energy usage starting in 2021. Legislators must be sure to keep the physics of the grid top of mind when enacting energy policy.

Nuclear energy, for example, once was heralded as the clean and green option. France, for instance, is the world’s largest net exporter of clean electricity and provides Switzerland, Italy and Belgium with loads of cheap energy. Back home, Californians have had an ambivalent and inconsistent relationship with energy generation technologies. The flirtation with nuclear power was brief, and the skepticism over costs, unanswered safety issues and unresolved concerns over waste disposal overcame the obvious advantages that nuclear generation represents for climate health.

California was a world leader in moving generation from coal and oil to natural gas, creating some of the greatest improvements in air quality in the country while making significant progress in reducing GHG emissions. But that progress was already banked by the time that serious climate policy was debated in the last decade, leaving policy makers with the choice of standing still or seeking the next big thing in generating clean electricity. California legislators continue to introduce bills mandating procurement of wind and solar, despite the impracticability of doing so, thereby limiting innovation and technology in other areas of energy production.

• Renewables Are Just Part of the Mix. Legislators should consider the negative social and environmental externalities of picking one technology over another.

For example, many solar panels installed over the last several decades are reaching the end of their useful lives. As the number of in-state permitted hazardous waste facilities declines, California is forced to ship its hazardous waste to states or nations with fewer environmental regulations, in effect shifting our problems onto others.

Batteries too cause unforeseen externalities. Like many consumer electronics, batteries use precious metals that are mined in countries without the rights granted to California workers, without environmental regulations, and where massive amounts of GHGs are emitted during the mining and transport process. The world has a limited supply of lithium, which currently is used to fuel these batteries.

California’s energy future cannot be a one-size-fits-all approach that chooses a single technology and discourages innovation in other fields.

• Some California Industries Rely on Natural Gas. For the last few years, legislators and agencies have targeted natural gas production and use, imposing regulatory moratoriums on new gas hookups without first studying the effects, and introducing bills to ban or curtail the use of this baseload, reliable backup power source.

Some industries cannot continue to operate in California if natural gas is banned. For instance, clay roof tile manufacturers, asphalt companies, mortuaries, and some food production facilities require massively high heating units. Natural gas is the most efficient, and sometimes only source that will allow kilns, ovens and stoves to reach the appropriate temperature. Banning gas means these companies must move out of state, or close all together, requiring more imports and thus more GHG emissions from transport into the state. Given the already-soaring cost of housing, increasing the cost of building materials seems unwise.

Although the Legislature may recognize this concern, natural gas hookup bans are proliferating at the local government level in an inconsistent and sometimes unthoughtful approach. Even some environmental justice groups are pushing back on these bans. Energy security is also a primary concern and has a dramatic impact on the lives of residents in economically disadvantaged areas of the state.

• Banning Natural Gas and Oil Production in the State Means More Foreign Imports and Higher Energy Costs. Governor Newsom’s Executive Order N-79-20, issued on September 23, 2020, among other things, called upon the Legislature to ban the use of hydraulic fracturing by 2024. However, proponents of energy policies that ban in-state natural gas and oil production do not acknowledge the substantial unintended consequences of such policies. Banning safe and reliable energy sources increases energy costs for California households and businesses of all sizes; increases California’s reliance on foreign imports of oil and gas; eliminates hundreds of thousands of high-paying California jobs; reduces tax revenue for local and state governments; and decreases the reliability of the state’s energy grid.

For example, California regularly ranks as having the most expensive gasoline in the United States with prices averaging at least 60 cents higher than the national average. This cost discrepancy is due in part to factors including California’s state excise taxes, costs passed on from climate change regulations (cap-and-trade and the low carbon fuel standard), a reduction in the number of refineries operating in California, and the absence of interstate pipelines, such that transportation fuel can be imported only via ship or truck. Not everyone can afford an electric vehicle or lives and works in an area with sufficient infrastructure to accommodate electric-only vehicles. 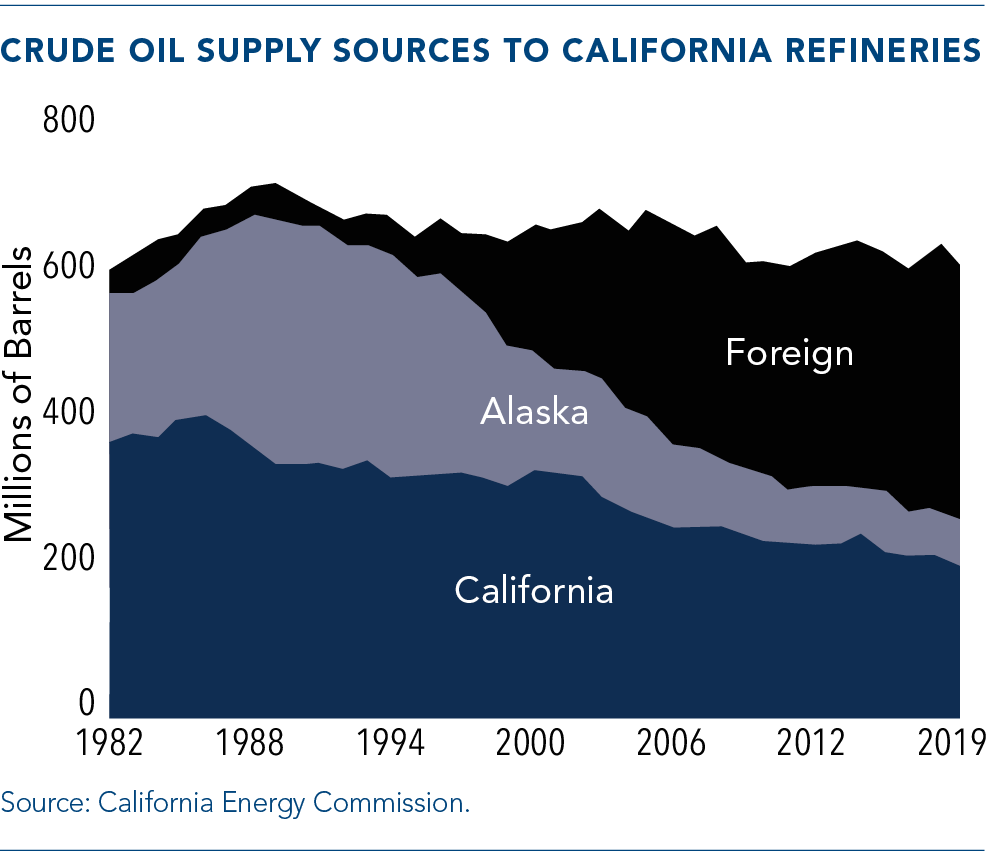 Last year already included the Governor announcing bans on zero-emission vehicles by 2030, bans on fracking in California, bills specifying energy procurement sources, offshore oil production bans, and building and appliance electrification standards. Outright bans, without accounting for the full economic and environmental impacts, miss the whole picture, potentially damage the economy, and do not necessarily contribute to a reduction in global GHGs or a cleaner environment.

Although anticipating additional legislation targeting in-state oil and gas production, the CalChamber is committed to working with legislators so that they better understand the implication of these policies for California’s economy and environment.

Energy policy is complex, with known and unknown externalities every time a bill is proposed picking energy winners and losers. The Legislature should be careful to evaluate each policy within the broader system of energy, economy, and the environment. If it does, California can continue to be a leader in global climate change and have the strongest economy in the nation and world. It can work with other states and countries to develop new strategies and technologies. It can allow the bipartisan processes, such as the extension of cap-and-trade, to work. It can continue to support the more than 300,000 jobs directly or indirectly related to the oil and gas industry, all while imposing the toughest environmental laws and regulations in the country.

For years California focused inward and is on track to achieving its ambitious energy goals. We now can focus outward and be a model for stability. 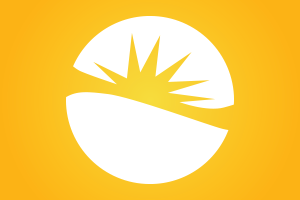 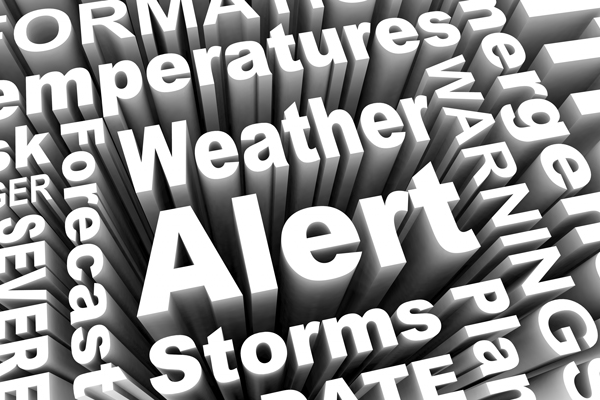 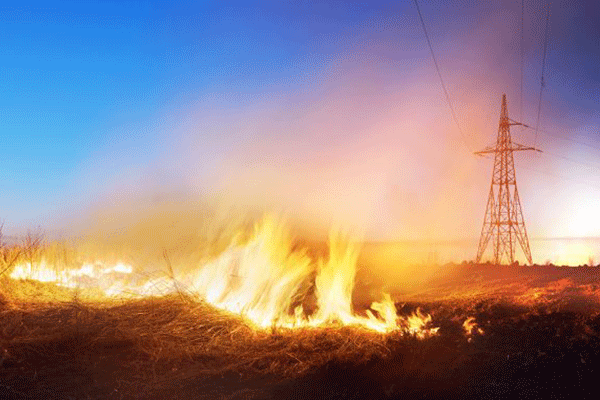 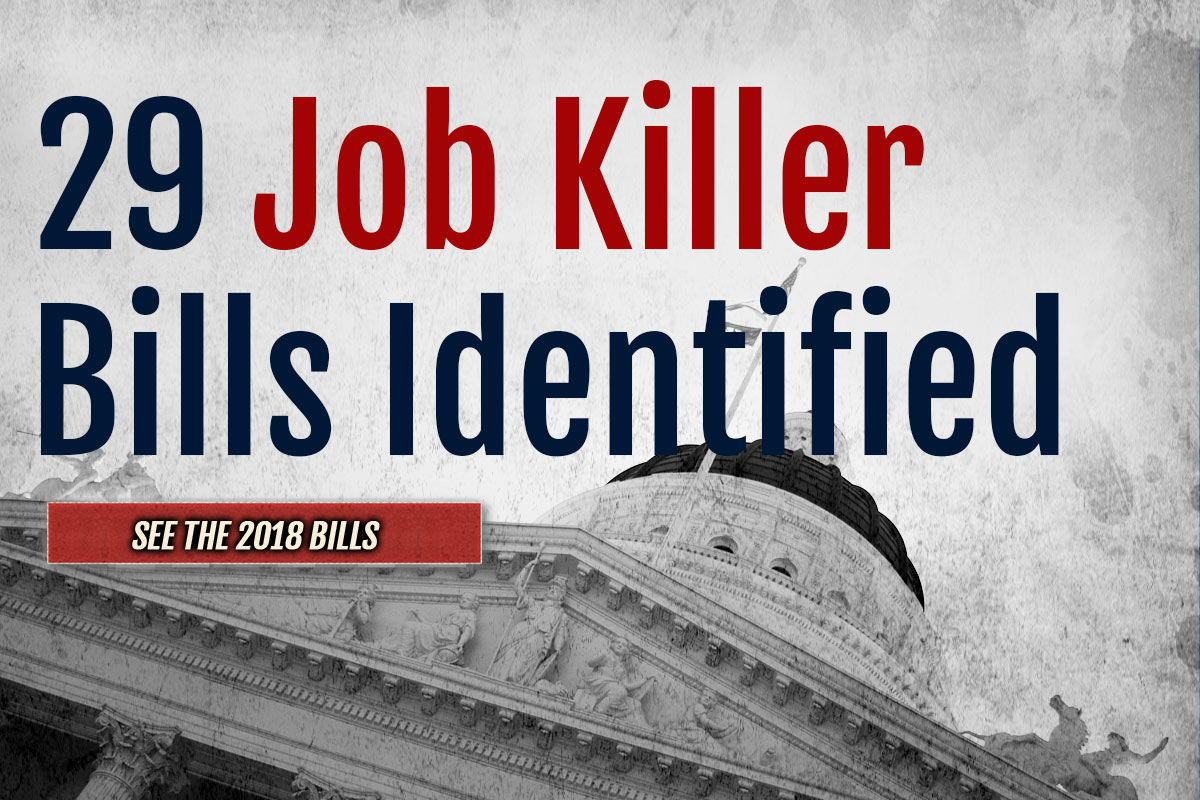