AB 5 (Gonzalez; D-San Diego), signed by Governor Gavin Newsom on September 18, 2019, is touted as one of the most significant pieces of California legislation affecting employment classifications in decades. AB 5 codifies the recent California Supreme Court decision in Dynamex Operations West, Inc. v. Superior Court of Los Angeles (Dynamex), and extends the application of Dynamex to several additional California employment laws while creating industry-specific exemptions. Governor Newsom, as well as the author of AB 5 and its proponents (mainly labor unions), have indicated that there is more work to be done on this issue. Additional legislation is therefore expected in 2020.

Before Dynamex, California courts and state agencies had long applied what is known as the Borello test for determining whether a worker was an independent contractor or employee for labor and employment purposes (S.G. Borello & Sons, Inc. v. Dept. of Industrial Relations (1989) 48 Cal.3d 341). This flexible, multi-factor approach looked primarily at whether the hiring entity had a “right to control” the manner in which the worker performed the contracted service.

Despite the Borello test being used for nearly three decades, the California Supreme Court in Dynamex made a surprising and unprecedented departure and announced a significant change in the law, adopting the “ABC” test for determining whether an individual is an employee under the Wage Orders.

Per Dynamex, and now AB 5, a worker is presumed to be an employee unless the hiring entity establishes all three of the following conditions:

B. The person performs work that is outside the usual course of the hiring entity’s business.

C. The person is customarily engaged in an independently established trade, occupation or business of the same nature as that involved in the work performed.

Because of the rigidity of the ABC test—specifically factors “B” and “C”—most individuals who control their own schedule, projects or tasks, and the way in which they perform these projects or tasks will likely lose existing contracts and work opportunities. The reason is that if the worker performs work which is similar to that of the business entity retaining the worker’s services and/or is not in an independent business or trade of the same work being performed, the workers will be classified now as an employee per the ABC test.

Although the Dynamex ruling applied only to California’s Wage Orders and therefore was limited to minimum wage, overtime, and meal period and rest break liability, AB 5 is more expansive. Per AB 5, misclassified workers also are eligible for workers’ compensation coverage, unemployment insurance and various other benefits. Additionally, because hundreds of thousands of workers now will be considered employees, those workers may assert their civil rights protections and, potentially, their ability to unionize.

While AB 5 does expand the application of Dynamex in many instances, it also provides some much-needed relief by creating more than 35 exemptions.

Certain occupations are exempted from the ABC test, including but not limited to:

• persons or organizations licensed by the Department of Insurance;

• Other professional exemptions carry additional conditions. For example, estheticians, electrologists, manicurists, barbers and cosmetologists are exempt, but only if they set their own rates, are paid directly by clients, schedule their own appointments and follow several other requirements more akin to independent workers than employees.

While these occupations have specific exemptions created by AB 5, the business community must keep in mind that, even if a worker appears to fit the criteria of one of these exemptions, it does not mean that the worker is automatically deemed an independent contractor. In these instances, the determination of employee or independent contractor status simply reverts back to the prior test adopted in Borello.

There also are concerns that Dynamex, and now AB 5, not only affects independent contractor relationships but also vendor relationships by usurping the joint employer analysis, allowing employees of a vendor to claim they are employees of the contracting business based on the ABC test, or even allowing the owner of a separate business to claim the owner is actually an employee of the hiring entity under the ABC test. Several lawsuits are pending on this issue.

These two requirements alone are difficult to meet because contractors/vendors often are hired to provide services directly to a customer (for example, a Basque translator for a patient in a hospital). While AB 5 acknowledges that a bona fide business-to-business relationship should be exempted from the ABC test, the burdensome requirements codified in AB 5 will make it difficult for many contractual relationships to continue.

In a letter to the California Assembly’s Daily Journal, the author of AB 5 stated that the business-to-business provision is not intended to suggest that business service providers are necessarily employees if the requisite criteria are not satisfied. She further stated that AB 5 is “not intended to replace, alter, or change joint-employer liability between two businesses. AB 5 is focused upon the determination whether an individual is an employee or an independent contractor.”

AB 5 itself is not retroactive, but it does provide differing retroactive and prospective applications in certain areas. AB 5 is prospective for violations of the Labor and the Unemployment Insurance codes (beginning January 1, 2020) and for violations of workers’ compensation (beginning July 1, 2020). However, AB 5 explicitly states that the exceptions apply retroactively “to the maximum extent permitted by law,” ensuring specific industry carve outs. The bill also states that it does not change, “but is declaratory of, existing law” with regard to the Industrial Welfare Commission Wage Orders and “violations of the Labor Code relating to wage orders” (although it is unclear which Labor Code sections are “related” to the wage orders. In a May 2019 opinion letter, the Division of Labor Standards Enforcement explained that it would be appropriate to apply the ABC test to any claim, including Labor Code violations, that rest on an employer’s obligation under a wage order, including minimum wage, overtime, reporting time pay, recordkeeping violations, meal and rest periods, and others.).

In other words, AB 5 does not change existing law related to the wage orders, most notably the Dynamex decision.

But the issue of the Dynamex decision’s retroactivity is still unsettled. In May 2019, the Ninth Circuit in Vazquez v. Jan-Pro Franchising International, Inc. concluded that Dynamex did apply retroactively. Then, in July 2019, the Ninth Circuit issued an order granting a petition for panel rehearing, withdrawing its decision in Vazquez, and stating that it would certify the question of whether Dynamex applies retroactively to the California Supreme Court. The California Supreme Court on November 20, 2019 agreed to answer the Ninth Circuit’s certified question. At the time of this article, the opinion is still pending.

AB 5 is one of the most significant and far-reaching bills enacted during the 2019 California legislative session. The author and supporters of the measure, along with Governor Newsom, have all agreed to continue negotiations over the statutory language put in place by AB 5. The California Chamber of Commerce anticipates numerous bills addressing provisions of AB 5 in 2020 as the business community pursues additional exemptions for specified lines of business, as well as the broader business-to-business exemption to allow more companies to qualify for the statutory language. Some other items that may come up are revising the Borello standard and clarifying how the joint employer analysis interacts with the ABC test.

Additionally, a ballot initiative was filed by multiple rideshare and delivery companies in October 2019. The ballot initiative clarifies that app-based drivers and couriers are independent contractors if certain conditions are met. The ballot measure would provide several benefits to drivers, including but not limited to: guaranteed minimum earnings of at least 120% of the minimum wage; $0.30 per mile for expenses; health care subsidies; occupational accident insurance, automobile accident and liability insurance; protection against discrimination and sexual harassment; and mandatory safety training.

The initiative is well-funded, with approximately $90 million already committed, and therefore will likely receive a sufficient number of signatures to qualify for the November 2020 ballot.

The current workforce values flexibility, which is why the Dynamex decision is so detrimental to millions of California workers. Failing to further amend AB 5 to provide additional industry exemptions and broaden the business-to-business exemption has the potential to eliminate the vast majority of independent contractors in California.

Although the CalChamber appreciates the recognition in AB 5 that the Dynamex decision is not one-size-fits-all and agrees the professions identified should be exempted under AB 5, the Legislature should not stop with selecting just a few professions and not others that are similarly situated. What’s needed is a more progressive and holistic approach to applying Dynamex that reflects today’s modern workforce. 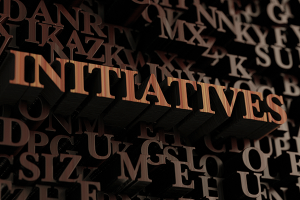 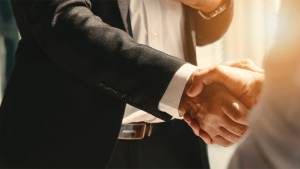 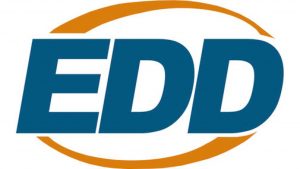