The enduring lesson for policy makers as California recovers from the Pandemic Era should be restraint.

This may prove difficult for some lawmakers, given record tax revenues and the bounty of new political opportunities from the recently concluded redistricting. We welcome California’s good fortune, but leaders should not fool themselves that it lasts forever. 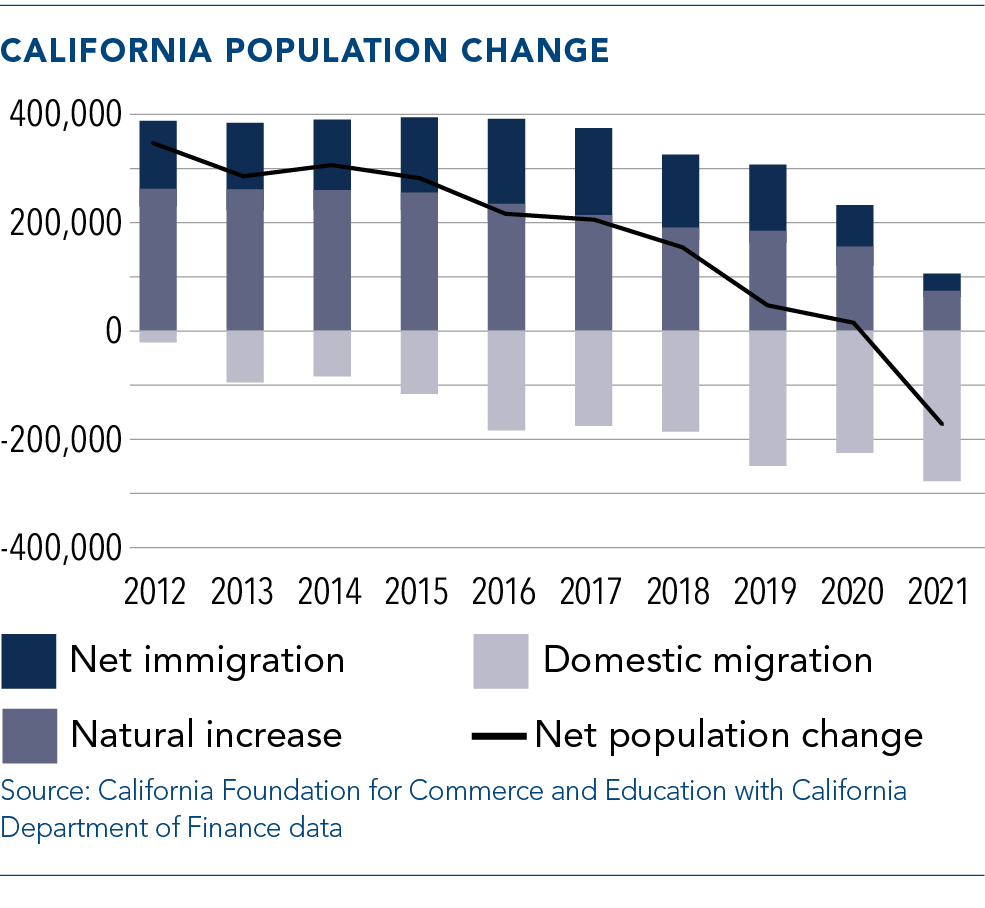 Often through no fault of their own, elected leaders and government officials missed or misinterpreted the trends since 2020 that should normally inform wise public policy. Unpredictability became the regular order of business:

• Not only did the COVID-19 pandemic take the world by surprise and mostly unprepared, but subsequent virus variants have also shaken our ability to plan for the future and figure out how to return to even a new normal.

• The pandemic temporarily collapsed the world’s supply chains, hampering economic recovery and contributing to a rapid rise in inflation. Experts differ as to whether the inflation bite is transitory or persistent.

• Labor markets have transformed before our eyes. A record 4.5 million workers quit their jobs in November 2021, and employers are scrambling to fill well-paid jobs as unemployment rates continue to fall.

• Nevertheless, more Californians simply weren’t interested in working. The labor force participation rate in California was at 61.9% in November 2021, still 1.2 percentage points below the level just before the pandemic started.

• California’s population has continued to decline after falling for the first time on record, new demographic data show — underscoring shifting immigration and migration patterns, declining birthrates and the large number of deaths at the hands of the pandemic.

Governor Gavin Newsom paid his respects to uncertainty when he released his proposed budget for the 2022–2023 fiscal year. Faced with a second consecutive year of budget surpluses, he allocated 86% of the projected $46 billion surplus not dedicated to schools to one-time investments, such as debt repayment, retirement system liabilities, infrastructure, and tax relief.

These policy choices contrast with the preferences in past decades to spend nonrecurring capital gains windfalls on ongoing programs or entitlements, ratcheting up state budgets using unsustainable revenues. When the inevitable business cycle turned, as it has in recent recessions, elected leaders faced the unhappy scenario of cutting popular programs, raising taxes, or engaging in borrowing or budget tricks.

The Governor’s prudent approach to budgeting creates a hedge, not just against future recessions, but also against moderating economic growth, which can take a budget bite since revenues are highly sensitive to the behavior of relatively few high-income entrepreneurs and businesses.

The remaining political risk to the California economy and jobs climate lies with a legislative agenda that often sets aside the lessons of uncertainty. Or put another way, many legislators behaving as if it was business-as-usual.

California’s economy is massive, diverse and resilient. That’s why the state treasury is overflowing with revenues. California employers, entrepreneurs and small businesses found a way in the teeth of the pandemic, intense international competition and pernicious state regulations and mandates to grow their businesses, profits and tax payments.

But signs of weakness continue to manifest, most troublingly the continuing exodus of middle-class workers to other states, without the foreign immigration to cushion that exodus.

According to the Department of Finance, California’s population declined by 173,000 between July 1, 2020 and July 1, 2021 to total 39.4 million, following an earlier pattern noticed by the state demographers and the U.S. Census. Most of the decline is attributable to an aging population and declining birthrate, and the sad effects of COVID-19.

Since 2011, California has suffered net domestic outmigration, and since 2015, this domestic outmigration has exceeded international migration, leaving natural increase as the only source of population growth. Last year, with continuing fertility declines and increased deaths from aging and the pandemic, natural increase could not keep up with the decline in net migration.

The causes of the “CalExodus” (and even whether it exists) are contentious. Some demographers claim growth will recur when the pandemic fades and international immigration resumes. But that ignores the persistent trend in domestic outmigration.

For example, all nine counties in the Bay Area had a drop in population for the first time. The decline could be explained in part by a combination of the pandemic-driven trend of remote work, as well as middle income residents fleeing one of the highest costs of living in the country. Many Bay Area refugees are settling in inland California, but many also are finding greener and less expensive pastures in other states. The top states for California departures are Texas, Arizona, Nevada, Washington, Oregon and Florida.

Which brings us back to public policy. With middle class and working Californians already anxious about crime, homelessness and affordability, the Legislature should think twice about their increasingly ambitious plans to remake California’s economy and social contract. Instead, elected leaders should:

• Quash the recently revived single-payer health care proposal, which would upend every public and private health care relationship into a massive new state bureaucracy, with a price tag of more than $150 billion annually in new taxes — mostly on businesses.

• Shelve expensive new mandates for employer-provided benefits, that add costs onto employers and expose them unnecessarily to litigation. California for the second consecutive year enjoys a record budget surplus that could pay for many of the benefits that legislative proposals have attempted to impose on businesses, such as subsidized child care, extended paid leaves of absence with little accountability, and onerous and constantly changing workplace mandates that at times conflict with other government guidance.

• Throttle back the headlong race to adopt more aggressive greenhouse gas regulations and clean energy mandates, and resist the urge to choose technological winners and losers. The price for these good intentions is higher utility bills and prices at the fuel pump. Return to the earlier consensus to use market forces to discover the most cost-effective path through a changing climate.

• With California’s nation-leading poverty rate driven by the cost of shelter, and residents bolting to other states to afford homeownership, elected leaders should reject any proposal that would increase the price or reduce the supply of housing.

California retains significant competitive advantages as a place to create or grow a business. Employers, alongside many elected and community leaders, toil diligently to make California home for their enterprises. But the uncertainty of the new, post-pandemic normal demands policy makers take even more care to not disrupt recovery with thoughtless and burdensome legislation and regulations.