Water storage is one of the fundamental keys to increasing the state’s water supply. Environmental and ecological demands, climatic changes, and a growing population place stresses on available water supplies. The State Water Project, built in the 1960s, is aging and struggling to supply enough water for current needs. Ever-more-stringent environmental regulations and lack of funding make it difficult to construct new storage facilities. Headlines during the last drought were filled with towns running out of water and pictures of large water tanks being dropped off along with cases of bottled water. There is no question that more water storage is needed to increase supplies, but also to help manage existing sources.

Despite the challenges, the State Water Resources Control Board (Water Board) is considering a plan that shifts more water to support fish that will result in less water at higher costs for water ratepayers. At the same time, the Water Board is considering regulations that will impose a fee on the same ratepayers to subsidize low-income households that can’t afford to pay their water bills. Looming on the horizon is the reintroduction of legislation imposing a water fee on ratepayers to provide access for those who do not have a source of clean, affordable drinking water.

Although voters approved a water bond in 2014, they voted against an $8.87 billion water bond in 2018. The 2014 water bond contained, amongst other provisions, $2.7 billion for storage projects. Those funds can be used only for the “public benefits” of the storage projects, such as improved water quality, flood control, habitat restoration or outdoor recreation. The California Water Commission (Commission) developed regulations, guidelines and started accepting project applications in 2017. The Commission approved eight proposed water storage projects for funding. Collectively, the projects will add 4.3 million acre-feet of water storage capacity. The applicants will need to complete remaining requirements, including feasibility studies and environmental reviews, before the Commission can award final funding for each project. Should any of the projects not go forward, the funds can be redistributed to the remaining projects.

The proposed projects were a mix of above ground and underground storage (see timeline on previous page).

Environmental opposition to new water projects is constant. Environmental groups are opposing desalination, recycling, and storage projects. Their opinion is that conservation will provide enough water for all purposes. During the recent five-year drought, mandatory conservation measures did result in 25% less water usage. However, some rural communities still ran out of water and required state assistance to obtain baseline amounts. Communities running out of water were mostly on private domestic wells or were served by very small water districts with no ability to upgrade or expand existing facilities. Nearby water storage could have alleviated the problem by storing excess water in wet years for use in drier times.

Reduction of Water Supplies Through Regulations

The Water Board is in the process of updating the Water Quality Control Plan for the Bay-Delta to establish flow and water quality objectives needed to reasonably protect beneficial uses, including fish and wildlife. There are two proposals—one for the San Joaquin River and its tributaries, and a second one for the Sacramento River and its tributaries.

The San Joaquin River proposal, first released in September 2016, immediately drew criticism from agriculture, business, municipalities and water districts, and praise from the environmental community. The proposal recommended between 30% and 50% of the river’s unimpaired flow be dedicated to fish. Average unimpeded flow is about 20% under current conditions. The Water Board staff suggested a starting point of 40%, which was solidified in later amendments.

The proposal has been the subject of workshops, hundreds of letters, extensive public comment and a significant number of one-on-one meetings with various stakeholders and experts regarding the effects of altering stream flows in the San Joaquin River. There is considerable scientific disagreement about whether more water in the river alone will bring a resurgence of fish populations. Reducing the flows, as proposed, increases the cost of water, assuming there is wider availability and the means to convey exist.

In August 2018, the Water Board delayed a vote on the proposal in response to a request from state agencies, legislators, businesses, water agencies, cities, counties and agriculture to allow more time for voluntary agreements with water rights holders to be worked out. Following the delay, water districts, municipalities, farmers and other affected groups worked diligently to craft agreements that would satisfy the requirements of the water quality control plan amendments. A second request for postponement came the night before the Water Board was set to adopt the proposal in November. A letter from the Governor and Governor-elect stated that a “a short extension will allow these negotiations to progress and could result in a faster, less contentious and more durable outcome. Voluntary agreements are preferable to a lengthy administrative process and the inevitable ensuing lawsuits.” The Water Board again delayed a vote until its December meeting, ultimately voting on December 12, 2018, to adopt the proposal.

The issue, according to the Water Board, is that the San Joaquin River Watershed does not produce enough water to both meet existing human demands and support a healthy ecosystem. Requiring more water to remain in the river for the protection of fish and wildlife will reduce the quantity of surface water available for other uses. Implementing the flow proposal is expected to result in a 7% to 23% reduction in water available for human use. According to the Water Board, implementing the 40% flow proposal could result in an average increase in groundwater pumping of 105,000 acre-feet per year. The current deficit in groundwater supplies is about 45,000 acre-feet per year. Agricultural water supply deficits have the potential to increase over time as pumpers must come into compliance with the Sustainable Groundwater Management Act. (See the Business Issues article on Groundwater).

State law ensures universal access to water by declaring that “every human being has the right to safe, clean, affordable, and accessible water adequate for human consumption, cooking and sanitary purposes.” However, water is becoming more expensive. California’s growing economy and population create continued demand for water. Meanwhile, drought and water leaks tighten available supplies. In addition, pipes and aging infrastructure result in expensive repairs or replacements. These conditions contribute to higher costs. The result is more low-income households with unaffordable drinking water.

The Water Board circulated a draft proposal for a statewide low-income rate assistance program developed, under contract, by researchers from the University of California, Los Angeles to analyze the funding required. Cost estimates ranged from $279 million to $580 million. The funding mechanism would include a tax on water utility bills for approximately 34% of the water hookups in California. Households with income less than 200% of the federal poverty level would be exempt. The proposal is still pending.

Legislation was introduced in 2018 that would have provided access to safe and affordable drinking water for disadvantaged communities, but failed to progress because it included a fee that was perceived as a tax. The bill had two parts—access to clean drinking water and a funding source. Under the legislation, access could include annexation to the nearest water district for those with dry wells, help with contaminated wells, consolidation of smaller water districts with nearby larger and better-funded districts, or building or upgrading existing drinking water facilities.

The funding mechanism was a tax on fertilizers and a tax on dairy/livestock that declined over time and a permanent fee on water utility bills except for households with incomes of less than 200% of the federal poverty level.

The additional 4.3 million acre-feet of water these water storage projects will yield is important to the overall water supply of the state. The diverse locations of the projects help distribute the new supply throughout the state. The promise of more supply alleviates the stress that developers are under to provide written documentation from water suppliers that they can provide water to new building sites. Farmers will be able to grow and harvest crops without fear that their water supply will be cut. General business will be more comfortable estimating how much the cost of water will rise in future years. New water projects provide good-paying jobs in areas that have few employment opportunities.

The potential loss of water supplies from the San Joaquin River affects how water districts will meet consumer demands, water conservation measures and groundwater sustainability goals. Business will be further adversely affected by the reduction in water supplies through higher costs to secure water and limitations on growth potential. Development of housing and commercial properties will be delayed. Before developers can break ground, they must secure written confirmation from water purveyors that a 20-year water supply is available for the project.

The Water Board staff estimated a $64 million a year loss to agriculture. Farm groups believe the loss to be closer to $150 million, idling possibly 240,000 acres of Central Valley farmland and significant job losses. Land values in affected parts of the valley will drop steeply with the loss of surface water, depressing property tax and sales tax revenues, thereby limiting county and city services to some of the neediest residents of the state. Businesses operating in the valley, especially small businesses, will be hard-pressed to survive under these conditions.

Adopting a low-income rate assistance program and passage of legislation imposing a fee/tax on water bills to provide access to safe and affordable drinking water for disadvantaged communities will increase the cost of doing business. In addition, if the programs don’t raise enough funds, the fees/taxes could be increased to cover the shortfall.

The California Water Commission will continue to monitor the progress of the eight proposed water projects. If any of the applicants withdraw, the funds will be spread amongst the remaining applicants. The Commission decides how to apportion the funds. The projects need to finish required feasibility studies and environmental reviews before receiving bond funding. It is likely more funding will be needed, as well as permits from the federal government. Businesses should stay engaged with the Commission to ensure funding is not delayed and be prepared to support projects before federal agencies.

In December 2018, the Water Board voted to adopt the San Joaquin River proposal. Opponents will appeal the adoption, setting the stage for administrative procedures to be exhausted. Some water districts and water rights holders have stated publicly they will sue because the Water Board adopted the current proposal. Businesses should be alert for opportunities to weigh in during the administrative process and later with amicus briefs.

The CalChamber supports a comprehensive solution to the state’s chronic water shortage to ensure all Californians have access to clean and affordable water. Water storage combined with conveyance is an important part of achieving a water supply adequate to meet the needs of Californians.

Any reduction in water supplies for environmental purposes must be carefully balanced against the harm it will have on the business community. A robust economy depends on a thriving business climate. It’s business that provides jobs, housing, food and a good quality of life for residents of the state. 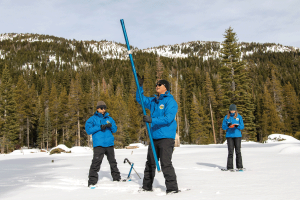 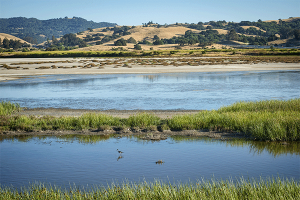 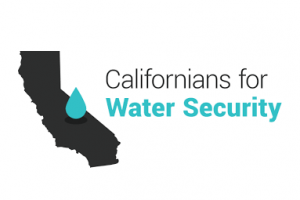