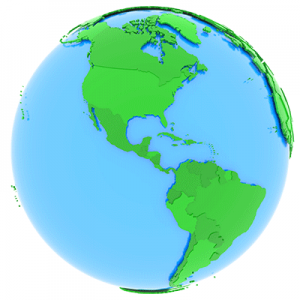 President Joe Biden has announced Los Angeles as the host city for the Ninth Summit of the Americas, scheduled for June 6–10, with a focus on “Building a Sustainable, Resilient, and Equitable Future” for the Western Hemisphere.

The Summit of the Americas is the only hemisphere-wide convening of leaders from the countries of North, South, and Central America and the Caribbean. Per the White House release, working with the city of Los Angeles, Los Angeles Mayor Eric Garcetti, and California Governor Gavin Newsom, the United States looks forward to convening leaders and stakeholders across the hemisphere to advance a shared commitment to economic prosperity, security, human rights, and dignity.

It is expected there will be a highlighted role for Vice President Kamala Harris, a former California senator. Specific expected themes include pandemic control, a green recovery and managing migration.

The Summits of the Americas are institutionalized gatherings of heads of state and government of the Western Hemisphere where leaders discuss common policy issues, affirm shared values and commit to concerted actions at the national and regional level to address continuing and new challenges faced in the Americas. The Summit is held every three years. The Eighth Summit of the Americas was held on April 13 and 14, 2018 in Lima, Peru.

The U.S.-hosted Ninth Summit of the Americas originally was scheduled for the second half of 2021, but postponed to 2022 due to COVID-19. This will be the first time the United States has hosted the Summit since the inaugural meeting in Miami in 1994.

In 1994, President Bill Clinton brought together 34 democratically elected leaders in Miami for the first Summit of the Americas. President Clinton was unequivocal about the summit’s mission. He called on leaders from across the region to open new markets and to create new free trade zones, to strengthen the movement toward democracy, and to improve the quality of life for all our people.

He said, “If we’re successful, the summit will lead to more jobs, opportunity and prosperity for our children and for generations to come.”

President Donald Trump was unable to attend the 2018 Summit of the Americas in Lima as planned as he had to tend to other international matters. Vice President Mike Pence attended in Trump’s place.

The theme of the 2018 summit was “Democratic Governance against Corruption.” Leaders vowed to confront systemic corruption at a time when graft scandals plague many of the governments that make up the Americas.

Sixteen of the 33 nations gathered at the 2018 summit issued a statement on the sidelines of the event calling on Venezuela to hold free and transparent elections as well as allow international aid. Vice President Pence gave remarks at the summit.

As many as 10,000 participants, including support staff, security, media, and businesspersons, may attend the Ninth Summit in Los Angeles. The U.S. government will organize official and informal events, bilateral meetings, and media events.

Expected attendance will include the President of the United States and up to 50 chiefs of state, heads of government, and high-level participants from the governments of the Americas, regional and global international organizations, and other special guests. Each summit delegation will likely consist of cabinet ministers, senior advisers, security officers, and members of the foreign media.