This article first appeared on the CalChamber Capitol Insider blog. 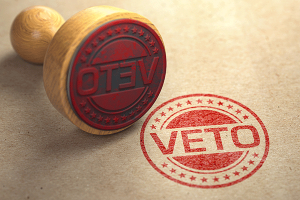 California’s Private Attorneys General Act (PAGA) has done far more harm than good since its inception. Maine’s Governor, Janet Mills, clearly recognized this when she vetoed L.D. 17111 earlier this month.  L.D. 1711 would have enacted a law nearly identical in practice to California’s own PAGA statute and made Maine the only other state in the nation to have such a law on the books. The bill would have allowed a worker to stand in the shoes of the Maine Attorney General to file a private lawsuit for alleged employment law violations. Like California, the plaintiff and their private legal counsel could pursue the lawsuit on behalf of other workers without having to satisfy existing class action requirements.

In her veto letter, the Democratic Governor explained that she shares the goals of creating a culture of compliance that protects workers, but that L.D. 1711 would have created unintended consequences harmful to the state. L.D. 1711 would have allowed private attorneys to profit for doing work that belongs to the state without oversight while bypassing administrative procedures. She noted the diverse entities that opposed the bill, from the Professional Logging Contractors of Maine, to the Maine Human Rights Commission, to small business organizations.

She also explained that the bill was opposed by the state’s Attorney General, Aaron Frey. In his testimony in opposition to the bill, he explained the bill would create a bad precedent. He raised concerns that the bill would likely not result in workers actually getting the pay they are owed and that all the bill really does is provide fees to the private attorneys that would bring these claims. He also feared it would undermine the Attorney General’s authority and the work it does to ensure the litigation it pursues is consistent with and in furtherance of the public interest.

His recommendation was to instead better fund Maine’s enforcement agencies, which Maine had committed to doing in its 2021 budget. The Department of Labor shared that view, stating in its own opposition letter to the Maine Legislature that the best way to protect workers was increased enforcement by the state, not L.D. 1711.

It is encouraging to know that other states have recognized the unintended consequences that result from giving nearly uncontrolled power to private, for-profit employment attorneys to stand in the place of the state. Even within California, we are starting to see more recognition of the devastation PAGA can inflict. Several weeks ago, Senator Hertzberg introduced SB 646. The bill would exempt from PAGA any lawsuits brought by janitorial employees who are covered under a CBA that meets certain requirements. The proffered need for the bill is to “level the playing field for responsible contractors and their workers” so that they can compete with unscrupulous contractors. It is clear from Senator Hertzberg’s statement to the Assembly Committee on Judiciary that, like many California businesses, the janitorial industry has been plagued by these potentially abusive lawsuits:

“PAGA, while a powerful tool for underrepresented workers, is a highly complex legal process. The threat of extended litigation, including wide-ranging discovery allowed when prosecuting civil claims in court, on behalf of an entire class of workers, provides enormous pressure on employers to settle claims regardless of the validity of those claims.” (Emphasis added).

Like Maine, other states should be wary about any efforts to enact PAGA proposals mirroring California’s law. PAGA has hurt our jobs climate and is a threat to further investment in our state’s economy.